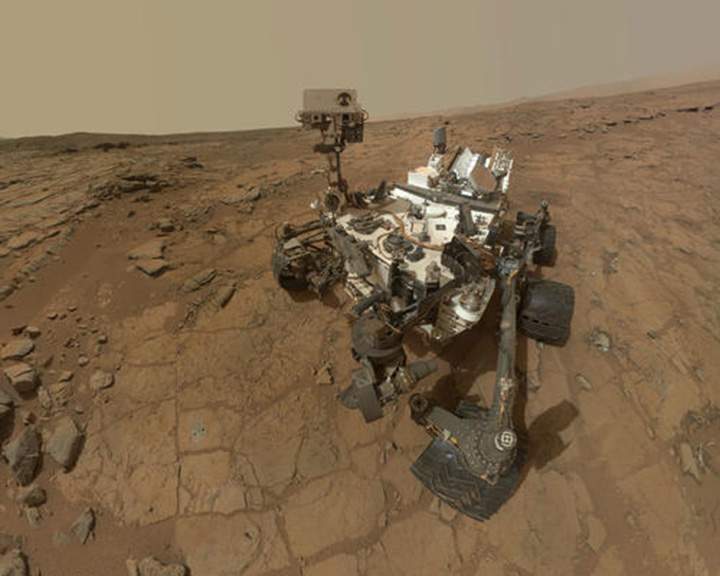 "But if (and oh what a big if) we could conceive in some warm little pond with all sorts of ammonia and phosphoric salts, light, heat, electricity etc. present, that a protein compound was chemically formed, ready to undergo still more complex changes..." Â Â Charles Darwin, 1871

More than three billion years ago, Mars and Earth were rather similar worlds. Back then, Mars had a denser atmosphere and liquid water on its surface, with rivers, lakes and perhaps even an ocean.

It was during this distant epoch that life on Earth arose, but the planet's crust is divided into shifting tectonic plates whose movements have erased much of the record of our primordial past.

With only one-tenth the mass of Earth, Mars is a less geologically active world, apparently lacking mobile tectonic plates. It thus preserves a better geological record of its early days. This record may preserve vital clues about how life originates and how widespread it is in the universe.

The mission of NASA's most recent Mars rover, Curiosity, is to determine whether conditions conducive to microbial life ever existed on the Red Planet. To accomplish this task, Curiosity is equipped with an array of cameras and instruments.

It can fire a laser beam at rocks from up to 23 feet away, vaporizing small samples for spectral analysis. Its robotic arm wields a suite of instruments and tools, including a drill for boring into rocks for samples.Â Inside the rover are more instruments, including devices that test for organic materials.

Once landed, the roverâ€˜s first destination was a shallow depression called Yellowknife Bay.

Yellowknife bay was once the end of an ancient river system or a lake bed. Scientists were thrilled to find evidence of sedimentary rock and pebbles shaped by flowing water almost immediately.

Curiosityâ€˜s robot arm was deployed to drill a small hole in a rock which investigators named the "John Klein" rock.

Analysis indicated that the rock contained clay minerals once exposed to water that was not harshly oxidizing, acidic or extremely salty. The rock contained sulfur, nitrogen, hydrogen, oxygen, phosphorus and carbon. In other words, Curiosity had found conditions ideal for simple forms of life. Darwinâ€˜s "warm little pond" once existed on Mars.

Now that we know liquid water with conditions conducive to life once existed on the surface of Mars, the next question is Darwinâ€˜s "big if": Did life actually originate on Mars?

Curiosity canâ€˜t answer that question directly, but it does have instruments capable of detecting complex organic molecules that may have survived from Marsâ€˜ habitable past. The robot is still early in a mission planned to last at least two years.

The stakes could not possibly be higher.Â If life arose twice in one solar system, then the Milky Way could be teeming with with living things.

On the other hand, if suitable Martian conditions didnâ€˜t give rise to life, it could mean that life on Earth is a freak occurrence and that the galaxy is a sterile wasteland.

If all goes well, Curiosity and its successors will tell us.