What Dads Eat May Affect Their Offspring 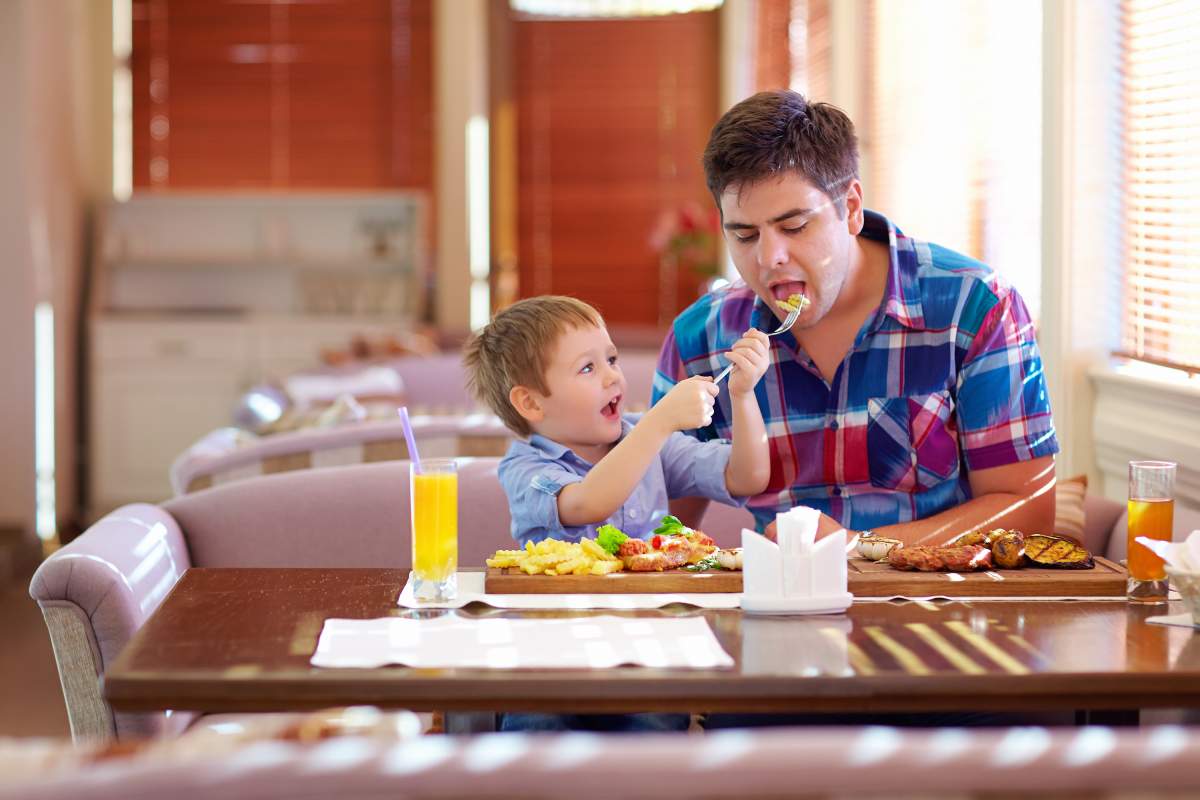 Dear A Moment of Science, when we have kids, do we simply pass on the genes we inherited from our parents? Or can our behaviors and what we eat change our DNA in some way?

There is some evidence that what we eat can indeed affect our genes.

A group of researchers at the University of Copenhagen compared sperm cells from 13 slender men to sperm cells from ten obese men and found differences that could, they speculate, affect their kids' appetites.

There's also evidence that famine can influence men's DNA in a way that puts their kids at greater risk for diabetes and cardiometabolic diseases.

It's also been well established that kids born to obese fathers are more likely than other kids to become obese, even if their moms are not obese.

This doesn't mean that every kid born to an obese father is doomed to obesity, or that kids born to normal weight parents are immune from becoming obese. But it does suggest that the genetic material we pass on to our kids isn't static and unchanging.

How we live, specifically what we eat, can affect our DNA in ways that have consequences for the next generation.