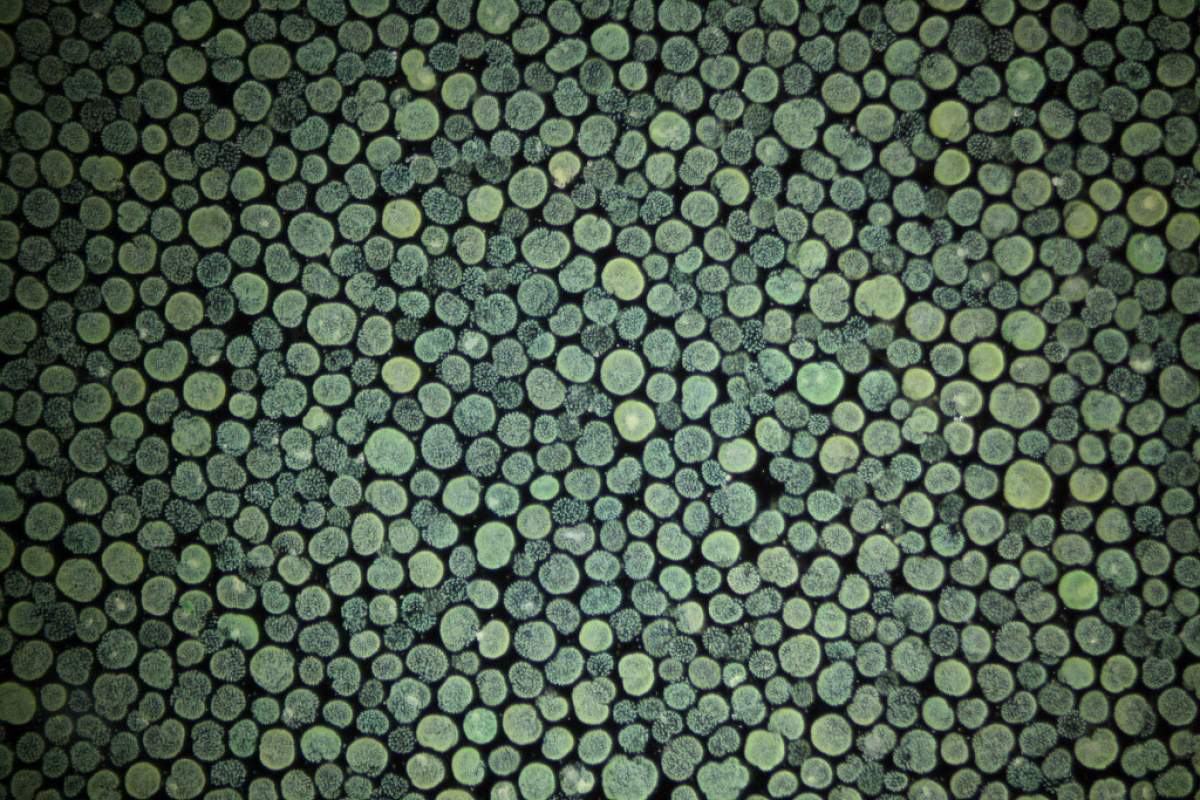 Solar energy has lots of advantages. It doesn't release air pollution or greenhouse gases to harm our environment, and it won't run out for the rest of the lifespan of the sun. It is usable in sunny places everywhere. Some things delaying widespread use of solar cells are that they are expensive and are made of hazardous materials.

If you're pretty familiar with photosynthesis, you know that biological use of solar energy isn't very efficient. Green plants capture the energy of sunlight using the process of photosynthesis, but only about three to six percent of the sunlight falling on the leaf is converted into energy in a form that is useful to the plant.

A bisolar panel made with cyanobacteria generated five and a half millionths of a watt.

That's why this group of scientists used cyanobacteria instead. Cyanobacteria also uses photosynthesis to harvest the sun's energy. They're also a cheap material to use: they live almost everywhere on Earth.

In the experiment that utilized cyanobacteria, scientists were able to connect nine bisolar cells together to create a bisolar panel.The energy generated in that experiment wasn't very high: five and a half millionths of a watt.

Conventional solar cells for watches and calculators generate similar amounts of power. The current system might be useful for special purposes, such as powering wireless telemetry systems in remote places.

The researchers intended their design mostly as a test bed for further research. The metabolic pathways of cyanobacteria are poorly understood and there may be lots of room for improvement.