What's With All These Crows? 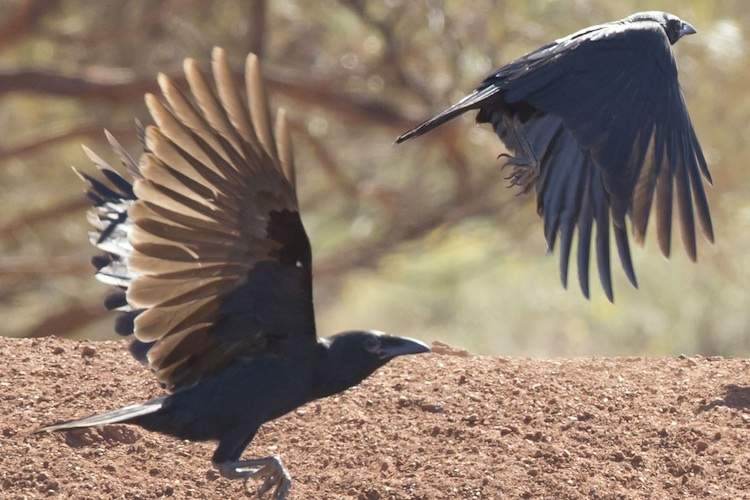 When the air grows chill and the sun greets the western horizon at an earlier and earlier hour, we know winter is here. Another telltale sign of the season is the crows â€“ their chaotic masses filling the air with black flutters, and their calls forming a great and terrible cacophony.

A murder of crows roosting together can number in the hundreds, thousands or even millions, and each murder is like a giant, nightly family reunion. Murders represent groups of extended family and provide protection from predators like hawks and owls.

Over the past half-century, murders of crows have increasingly been trading their rural roosts in favor of urban ones. While it's not immediately clear why the birds would prefer human-constructed eco-systems, scientists have several hypotheses.

Anne Clark, an animal behavior ecologist at Binghamton University in New York, studies the phenomenon and speculates that cities attract crows because of the protection they offer from the very predators mentioned above.

Where Do They Go?

You may have noticed that the crows don't tend to group in the same way during the rest of the year. This begs the questions: Where do they all go in summer?

The answer is that as the weather warms and the world springs to life again, crow pairs which mate for life find more solitary places to build nests, lay eggs and raise their broods. If successful, they will meet up with the murder in the fall with several more crows in tow.