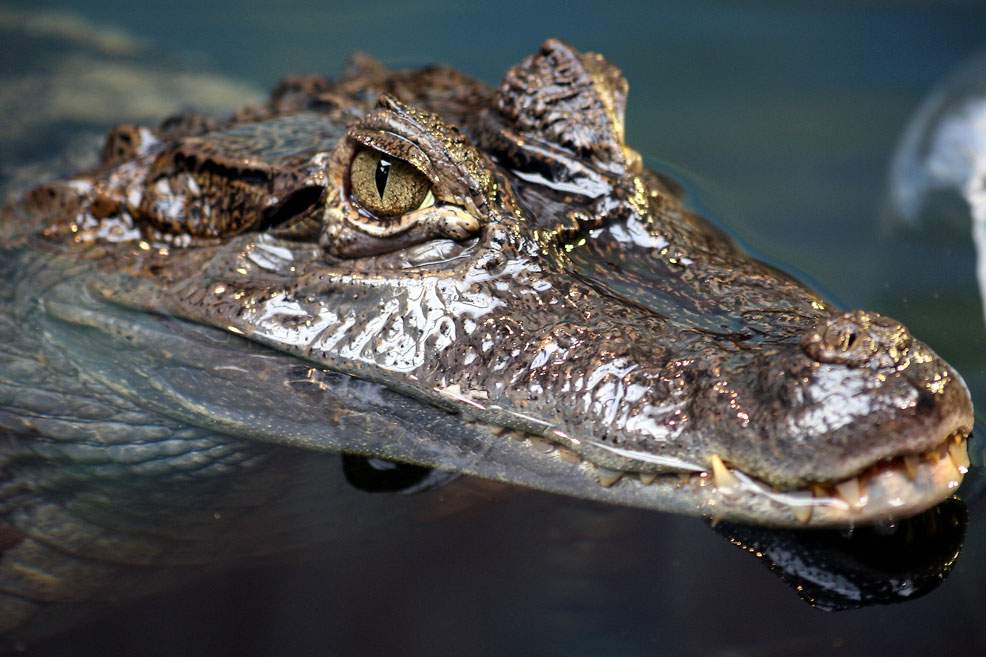 In 1875, Captain Matthew Web became famous for being first to swim twenty-one miles across the English Channel. Since then, almost a thousand others have made the distance. But how about swimming the Atlantic Ocean?

It's probably not a good idea for humans, but it appears that ancient crocodiles did just that.

There are currently twenty-three species of crocodilians, which include crocodiles, alligators, and caiman. They are found in ninety-one countries around the world, and although most live in fresh water, species like Australian "salties" can tolerate salt water. This is perhaps because one-hundred-fifty million years ago crocodile ancestors were forty foot long, eight ton marine monsters.

Crocodiles are built for survival. Even though they are cold blooded, large crocodiles tolerate cold temperatures fairly well. That cold-bloodedness allows them to convert food energy into body mass very effectively, because, unlike warm-blooded animals, they don't have to maintain their body temperature.

They can survive up to a year without food and can stay submerged up to two hours. On top of that, they have special glands that allow them to filter out salt. If you were going to bet on a species to send on an ocean voyage without a boat, crocodiles would be a good pick.

DNA To The Rescue

DNA evidence comparing eleven crocodile species supports the idea that crocodiles crossed the ocean. It appears that North and South American crocodiles are most closely related to Nile crocodiles in East Africa. The American and African species split from a common ancestor not when Africa and South America were one land mass, but about seven million years ago when over a thousand miles of ocean separated the Americas from Africa.

It was a voyage that the Vikings and Christopher Columbus would certainly have admired.