Create Your Own Moon Craters! 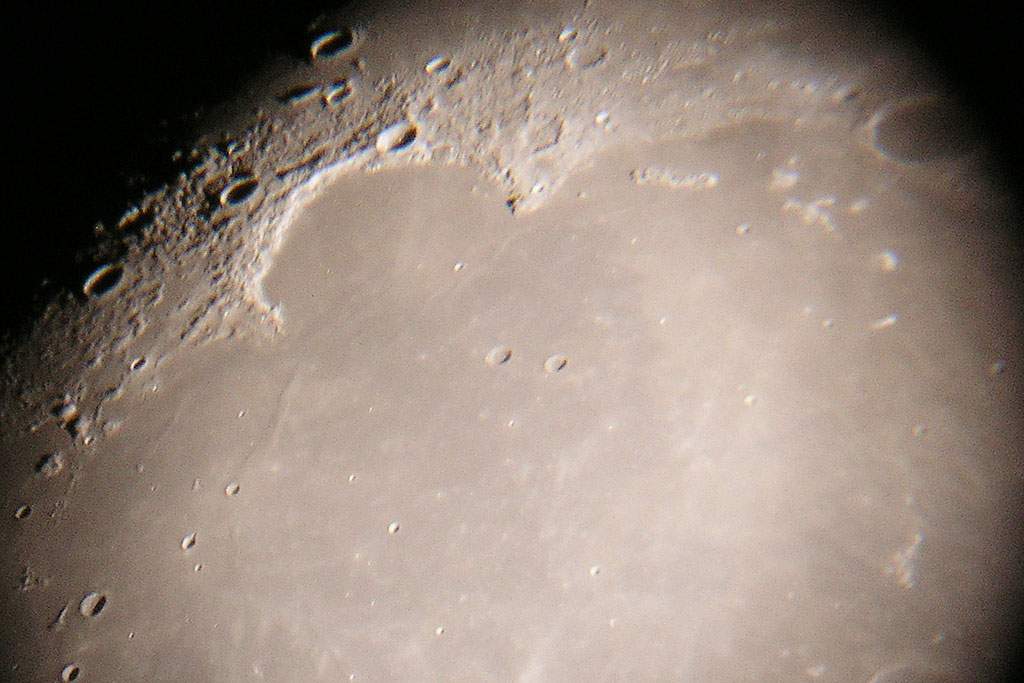 What makes science really fun is when you get to do things yourself, so today we're going to be making moon craters.

What Are Moon Craters?

They're the roundish blast-marks left on the moon's surface by ancient meteorites. The moon's surface is covered with literally billions of impact craters, and some of them are bigger than a fair-sized city on earth. You can see the bigger ones just with the naked eye, and with a pair of binoculars you can make out many more.

So now let's make some of our own. Take a wide, flat pan, such as the kind you'd bake cookies in. Take it outside, because this gets kind of messy! Poor flour or baking soda or sand across the bottom so it makes a thick, flat surface. That's your undisturbed moon.

Now have a young person drop rocks onto the moonscape. When it hits, the energy of the falling rock is transferred to the powdery surface, and voila! Impact crater. Instead of just doing it at random, though, have your young person drop one rock from a height of two feet, another from four feet, and another from six feet. You'll find that the craters change shape depending on the energy of the incoming meteorite. Higher-energy impacts make wider craters, with debris shooting out from their centers in what are called "rays." Smaller ones look like little volcanoes. Throwing a stone at an angle makes an oblong crater.

Afterward, take a look at the moon again through binoculars when it rises. You may have a better sense of what all those pock-marks really are!