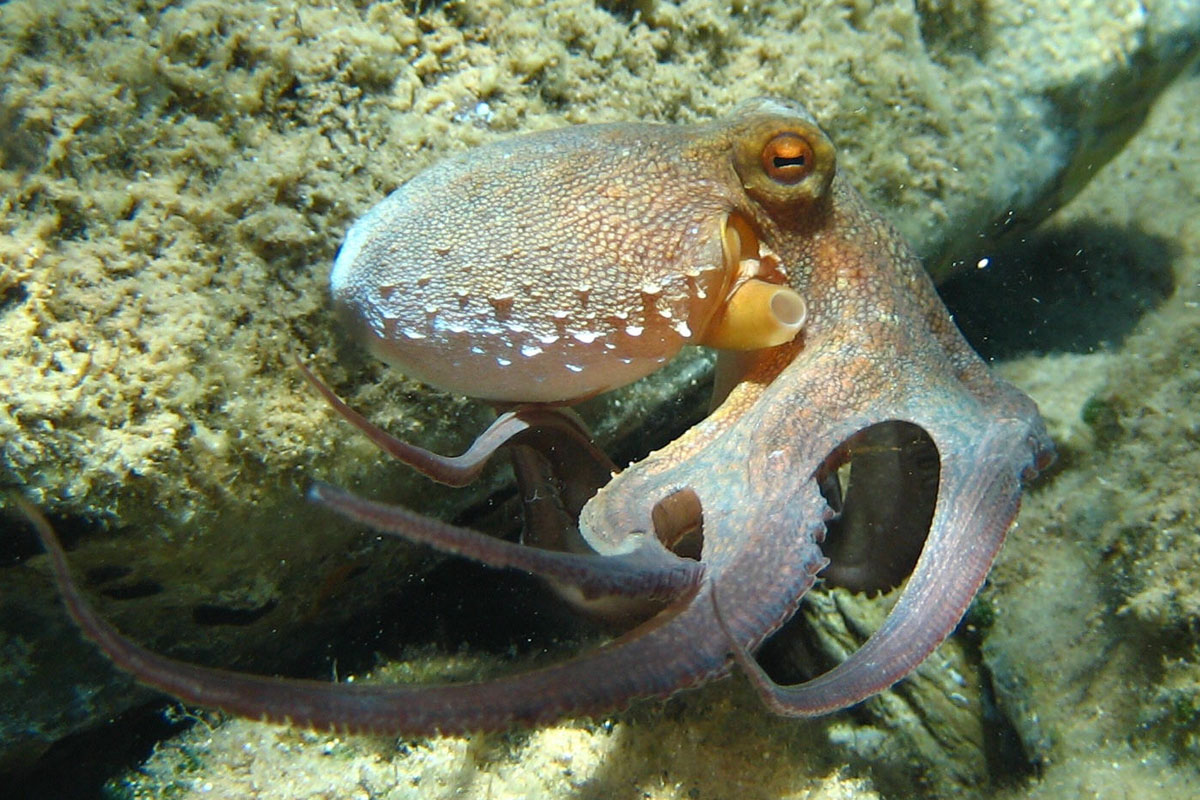 Chimps and Dolphins use tools. Crows that want to catch fish do, too. It seems that even the smartest member of the invertebrate world has learned how to use a tool.

Octopuses have a reputation for being clever. They can figure out how to pull a plug out of a glass jar to get food. They have been known to escape from holding tanks. They have the ability to navigate mazes and seem to be able to remember past experiences. Their use of tools, however, seems a bit incredible.

Tools, by definition, are objects that have no purpose until they are used for a specific function. Scientists have known for some time that octopuses make use of shells and other objects they find to hide from predators. But observations of veined octopuses, known as Amphioctopus marginatus, off the coast of Indonesia surprised scientists. Not only do they use coconut shells to hide beneath, they carry the shells with them.

Carrying coconut shells is not small feat for these six-inch long animals. They have to tuck the shells under their middle and gingerly tiptoe across the sea floor with their arms. When they could swim much faster and avoid being spotted by predators with water jet propulsion, why carry the shells along?

Scientists believe octopuses are thinking ahead. Carrying coconuts slows them down and makes them easier to spot, but they always have somewhere to hide in the open ocean habitat where they live.