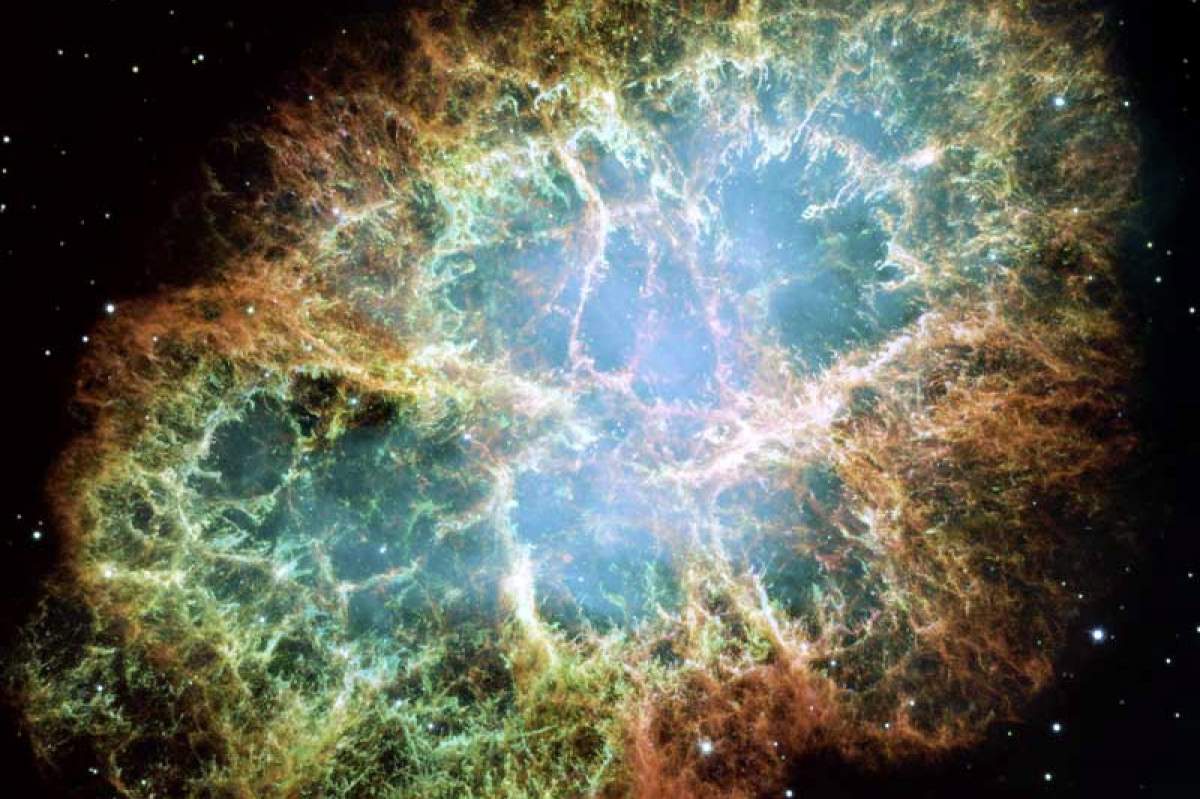 A number of months ago I wrote a post on how gold is synthesized during the death throes of very large stars.

Because my focus was on the element's expulsion into space, I ended my account with the supernova explosion and subsequent debris cloud, leaving an important part of the defunct star's story untold.

When a big star self-destructs one of two things can happen.

The first option, provided there is enough stuff left in the star's simmering core, is that gravity will collapse what mass remains into an infinitely-dense point. Astrophysicists call this a black hole; here's a nice video explaining how these work.

Often, though, there isn't quite enough residual matter to produce a black hole. In this case, gravity can 'only' fuse protons and electrons to make neutrons. These (along with all the other neutrons floating around) are then pulled tightly together by their collective gravitational pull so tightly, in fact, you might reasonably consider the whole lot of them a giant nucleus.

This is what's known as a neutron star, a celestial object so heavy and compact that a teaspoon-sized chunk dug out of it would have 900 times the mass of the Great Pyramid of Giza!

Since such extreme environments are impossible to recreate in the lab, much remains unknown regarding neutron stars' internal dynamics and architecture. The only hope we have for learning more lies in astronomical observation. But what should researchers be on the lookout for?

A paper just published in the Physical Review of Letters outlines an elaborate scenario in which we might glean some helpful data:

Picture a binary neutron star system (some 5 percent of observed neutron stars are members of binary systems) in which the two bodies orbit a common center, steadily pulling each other closer and closer. As they converge, conservation of momentum will also accelerate them.

At some point, so the thinking goes, a resonant frequency will be reached such that the tidal forces on one of the stars will become too intense for its meter-thick crust to withstand. Like the wine glass destroyed by high-pitched sound, the outer shell of the star will shatter, releasing x-ray flares and gravity waves we might be able to detect light years away.

You probably wouldn't want to get much closer.