How A Thunderstorm Begins 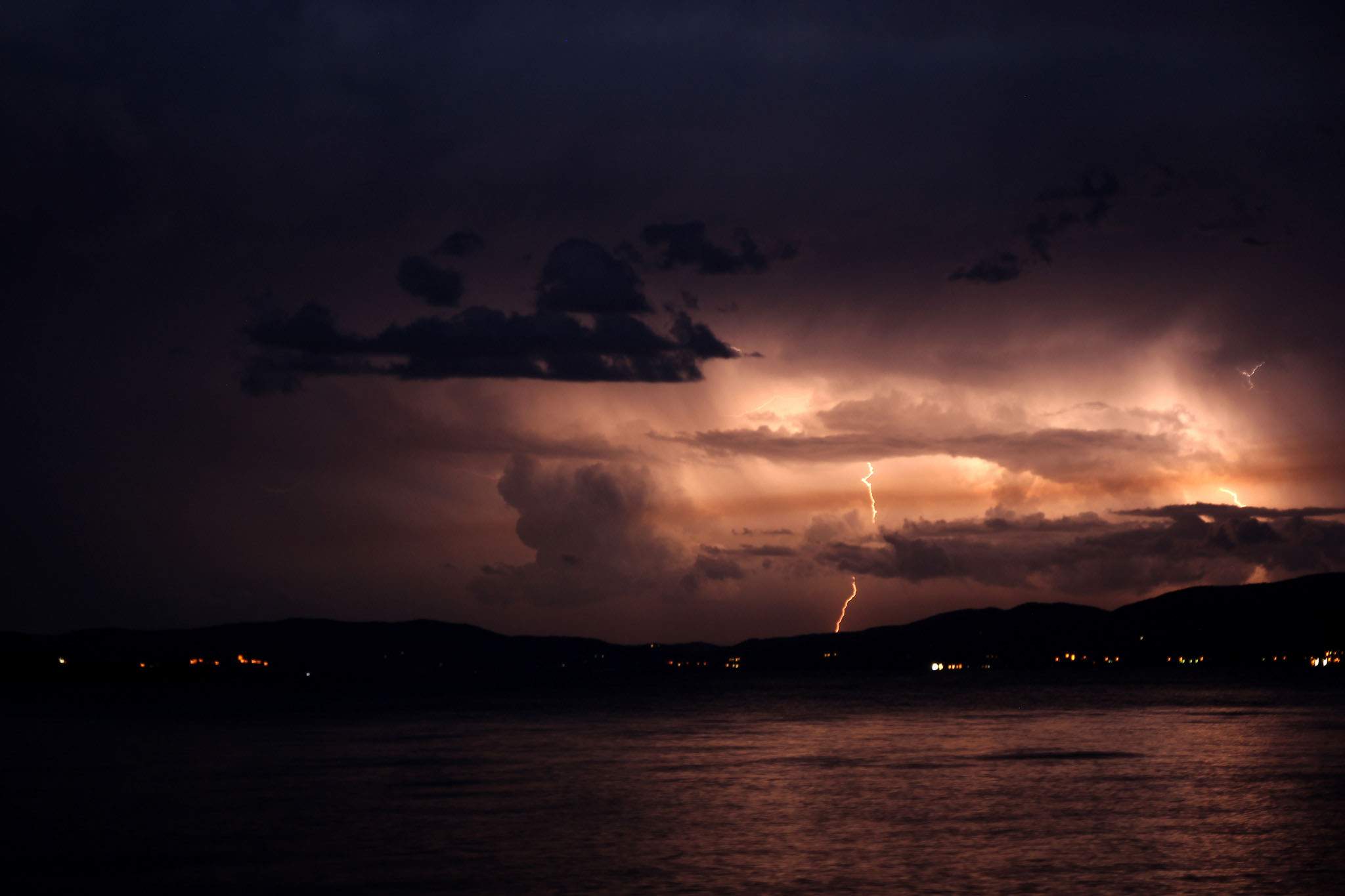 A blast of cool air from a threatening cloud announces the engine that runs a thunderstorm has started. The simplest isolated thunderstorm begins with hotÂ sunshine baking the ground. Air near the ground becomes warm, moist, buoyant.

At some point, a mass of this buoyant air cuts loose from ground level and rises to create a warm moist updraft. That air expands in the low atmospheric pressure thousands of feet up.

Expansion cools the air, just as it does when air escapes from a pressure nozzle; the moisture condenses. In early afternoon, condensation makes fluffy cumulus clouds. Later, it makes towering storm clouds with ice crystals and tiny raindrops.

After a while, raindrops grow big and heavy enough to fall through the updraft, dragging cool high-altitude air down with them to make a cool downdraft in the cloud.

Some raindrops evaporate as they fall. That takes heat from the air, makes the downdraft even cooler and stronger. Soon, cool air pours from the base of the cloud and makes a gusty wind ahead of the storm.

The aforementioned cool wind indicates somewhere in the cloud, rain has begun to fall along with snow and ice higher up. The thunderstorm's engine is running: warm air and moisture going up; cool air and rain coming down.

That engine can also electrify the storm cloud to make lightning, which, in turn, makes thunder.

After fifteen or twenty minutes the cool downdraft has grown to cover the whole base of the storm cloud. That cuts off the supply of warm air and moisture from the cloud; the storm dies.