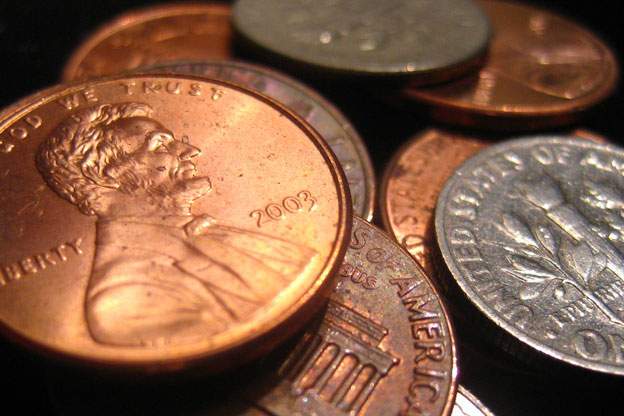 Here's an experiment you can try at home. It neat, it's educational, and best of all, it doesn't involve anything that could explode or become poisonous or make a terrible smell.

Take three pennies. Place two of them in the freezer. When they are nice and cold, line them up on a table with the one that wasn't chilled in the middle. So, you have one warm penny surrounded by two cold pennies.

Now, using one hand, put your first finger and your third finger on the cold pennies. No surprise, they will feel cold. However, you may be surprised to find that when you touch the remaining penny, the one that wasn't chilled, with your middle finger, it too will feel cold.

Along with sensing such things as texture and pressure, your hands tell you the temperature of objects you touch. It's extremely uncommon, though, for a single object to have radically different temperatures. Your senses have evolved in a world where one object generally has only one temperature.

When you touch the cold pennies and the warm penny, your fingers give back unusual data to the brain. The brain makes sense of it by averaging the sensations together. In effect, it says "this object feels mostly cold, so I'll assume it's all cold."