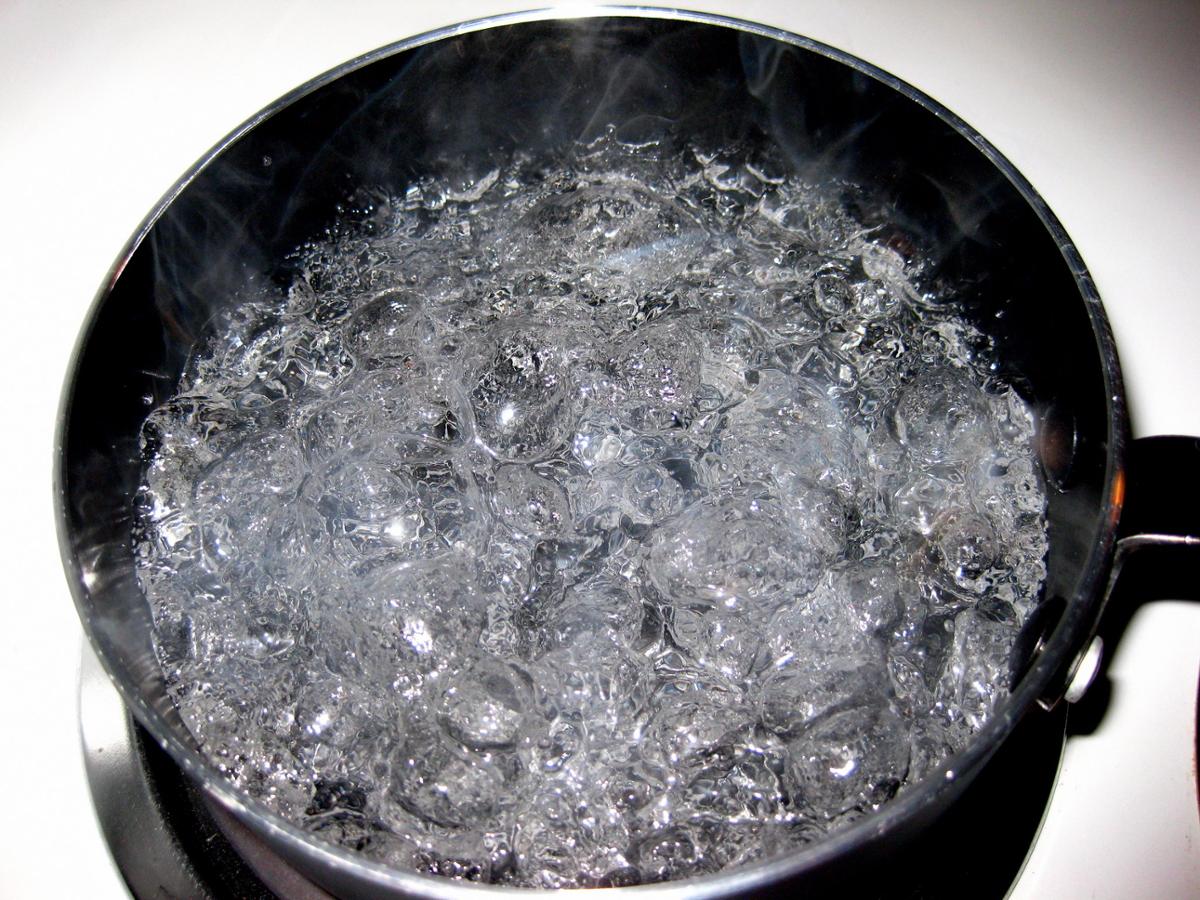 When you hear water roar on the stove, is it actually boiling? (Scott Akerman / flickr)

Put cold tap water in a saucepan and heat it on the stove. After a few minutes you hear a loud roar coming from the pan.

The roar does not mean the water is boiling. Look at the pan and you see bubbles apparently stuck to the bottom. Some of those bubbles are round and steadythey contain oxygen formerly dissolved in the water. The oxygen is coming out of solution because hot water cannot hold as much dissolved oxygen as cold water.

Other bubbles on the bottom of the pan appear to vibrate. These bubbles contain not oxygen but water vapor, created from the liquid water by heating from below.

As the first vapor bubbles break free from the hot bottom and rise into slightly cooler water a fraction of an inch above, the vapor in each bubble suddenly condenses. The vapor bubble collapses with a loud click.

Vapor bubbles form over very small pits and scratches in the bottom of the pan. At each pit or scratch, vapor bubbles form and collapse dozens of times per second, giving the appearance of vibration. The clicks of hundreds or thousands of vapor bubbles collapsing every second make the pan roar.

But the water is not yet boiling. In order to boil, the water must get hot not only at the bottom, but throughout, so rising vapor bubbles can survive all the way to the surface without collapsing. A vapor bubble reaching the surface bursts in a splash rather than collapsing with a click.

When Do You Know If The Water Is Boiling?

So, when a saucepan on the stove is roaring, the water in it is not yet boiling. Vapor bubbles are collapsing in cooler water as they rise toward the surface.

When the roaring subsides and is replaced by a gentle splashing, vapor bubbles are surviving all the way to the surface and the water is boiling.