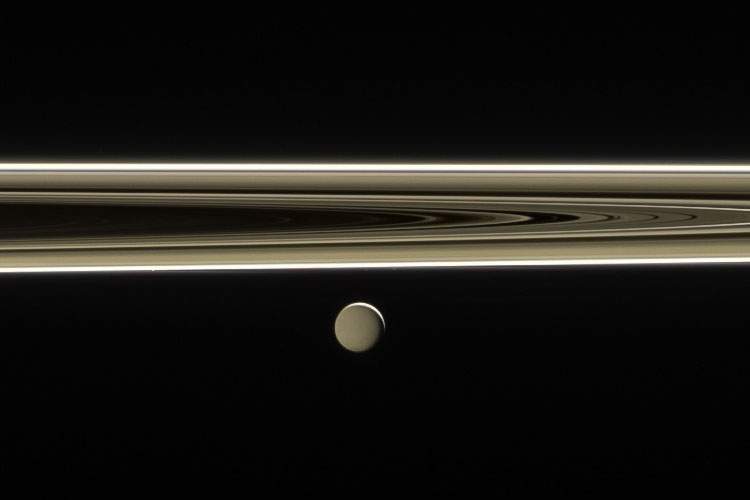 Saturn's moon Enceladus has an ocean of liquid water under its icy surface, and conditions there appear suitable for life. The water fuels enormous geysers whose plumes rise all the way into space. Those plumes could tell us a lot about whether Enceladus' ocean contains life.

That's why NASA's Cassini spacecraft made several close passes within fifty miles of Enceladus' surface, flying through the plumes so that its instruments could analyze their composition.

They found that the water in the plumes was mildly salty and contained molecular hydrogen. This shows that the floor of the ocean is in contact with the rocky body of Enceladus. The molecular hydrogen might indicate hydrothermal vents like the one's on Earth's seafloor. These could produce abundant chemical nutrients for life.

In 2018, researchers published a new analysis of Cassini's data and announced a major discovery: the plume material contains complex organic molecules. These are large molecules with many linked carbon atoms, like the ones that make up living things on Earth. These molecules might have been formed by non-life processes, and indicate conditions suitable for the origin of life. They also might be biosignatures--breakdown products of actual living things.

Cassini And The Future

Thank you to Alfonso Davila of NASA Ames Research Center for reviewing this episode's script.