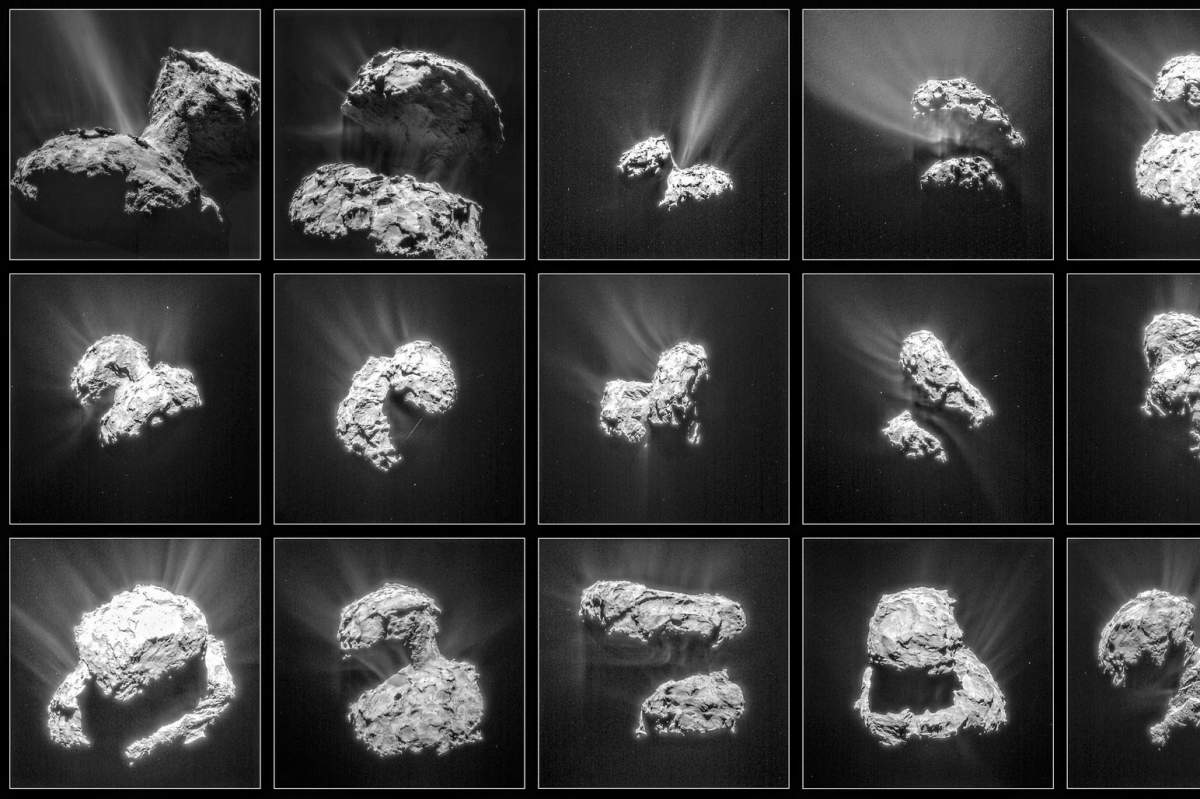 Comets may have played an important role in depositing materials on earth. Other than water, they may have supplied the noble gas, xenon. In chemistry, the term noble means it doesn't really react with other elements to form compounds.

Xenon makes up a pretty small percentage of the Earth's atmosphere. Like, less than one millionth of the volume of the atmosphere.

But some of the xenon in our atmosphere is different from other xenon in the atmosphere, as well as xenon in the Earth's interior, and the xenon found elsewhere in our solar system. (To be very brief, they have different isotropic numbers. Those numbers indicate different weights. If you want to go more in-depth, a good article to read is here.)

In other words, xenon in the atmosphere has a different isotopic composition, so it had to have come from somewhere else.

According to scientists at the University of Bern, in Switzerland, that "somewhere else" is probably a comet.

Scientists have suspected as much for a while. In May 2016, they received evidence from the Rosetta spacecraft, which spent time orbiting 67P/Churyumov-Gerasimenko, a relatively nearby comet, and collecting data.

The data showed xenon leaking from the comet has been trapped in its ice since before the formation of our solar system.