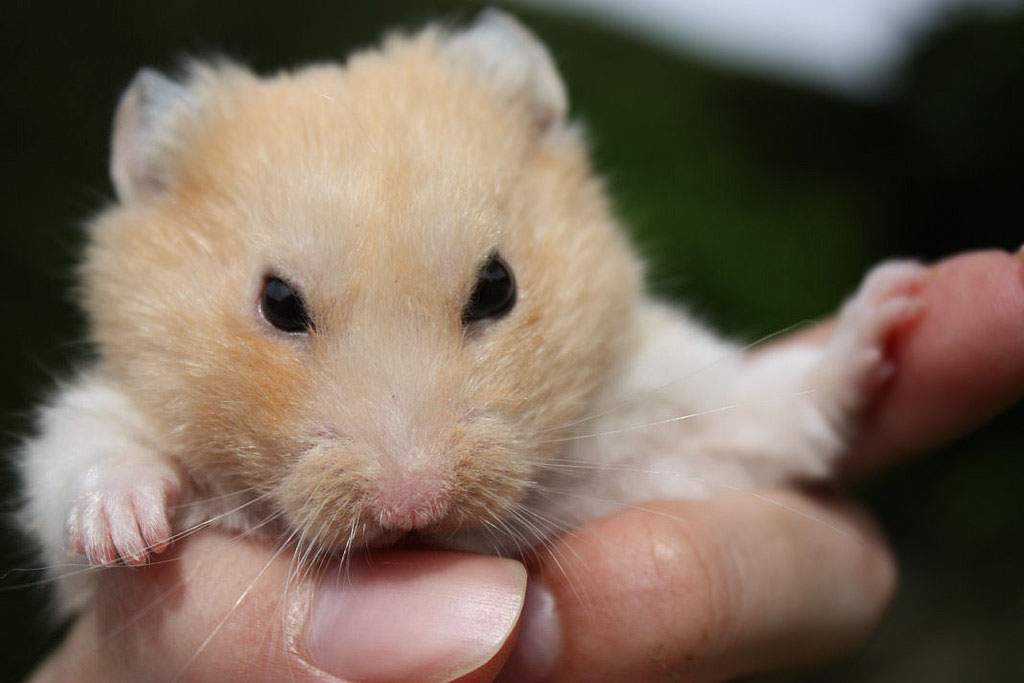 There are thousands of organic molecules that humans share with other mammals. For example, there's this one cold-detector protein that's called TRPM8.

And more than the human side of things, I'm intrigued by how two very special rodents use TRPM8 to their advantage. We mammals have neurons that link to TRPM8 in the ion channels covering our skin.

Essentially, when pores open, the ions alert the skin cells that they are touching something cold. But two rodents, the Thirteen-lined squirrel and the Syrian hamster don't react like other mammals to a cold spell.

Other small rodents will sense a shift in temperature immediately, but these particular species of squirrel and hamster appear to take no notice until temperatures have dropped below fifty degrees Fahrenheit (approximately -45.5 Celsius).

Researchers studied an extraction of TRPM8 from the squirrel and found that a set of amino acids protect these two rodents against shock from a temperature shift. Most amazing is that the rodents also adjust their body temperature to match the surrounding air--just like a cold-blooded animal.

This is, no doubt, useful for surviving harsh winters in areas where these rodents roam far and wide. They don't have to expend great amounts of energy keeping their bodies warm during hibernation, so the squirrel and the hamster don't have to spend time fattening up or keeping their burrows warm.

They hibernate while keeping their bodies just above freezing temperatures. And while we know that TRPM8 allows them to tolerate cold, it doesn't explain how their nervous systems handle the signals they receive or how they trigger their temperatures to drop.

Thank you to Elena Gracheva of Yale University for reviewing this episode's script!

Want to learn more interesting facts about hamsters? In Northeastern France, some hamsters are cannibals.