Clouds In The Kitchen 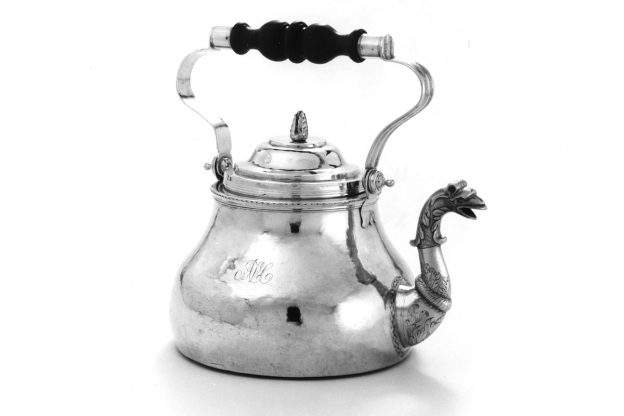 The white billowy stuff that comes out of a tea kettle is not actually steam, but clouds. (Wikimedia Commons)

Fill a kettle with water, then turn on the burner. In a while, your kettle will start belching white billowy stuff into the air. What is this stuff? Steam? Actually, no. We'll learn what it is, on today‘s Moment of Science.

Steam is water that‘s heated to two hundred twelve degrees Fahrenheit.  Believe it or not, steam is invisible–you can see right through it!  If you look closely at the end of your kettle‘s spout, you‘ll notice that the white stuff doesn‘t start right away.  It begins billowing about half an inch away from the nozzle, with clear gas in between.  This clear gas is the actual steam.  The billowy white stuff is what the steam turns into when it hits the drier, cooler air of your kitchen.

Those white billows are, in fact, clouds, not steam.  In many ways, they are identical to the clouds you can see in the sky. The white color comes from tiny liquid water droplets that have condensed from the steam.

More accurately, these billows are a type of cloud called a "mixing cloud." These can form when two separate air masses–with different temperatures and different amounts of water in them–mix together.  In the case of your kettle, the hot, steamy gas cools rapidly in the kitchen air, and this sudden coolness is what makes some of the vapor condense.

Mixing clouds are pretty common, and they don‘t need to start with steam.  You see mixing clouds when you "see your breath" on a cold winter day.  You‘ll find them rising from a bowl of warm soup.  Wherever there‘s a mixing cloud, you can bet some warm, moist air is mixing with air that‘s cooler and drier.