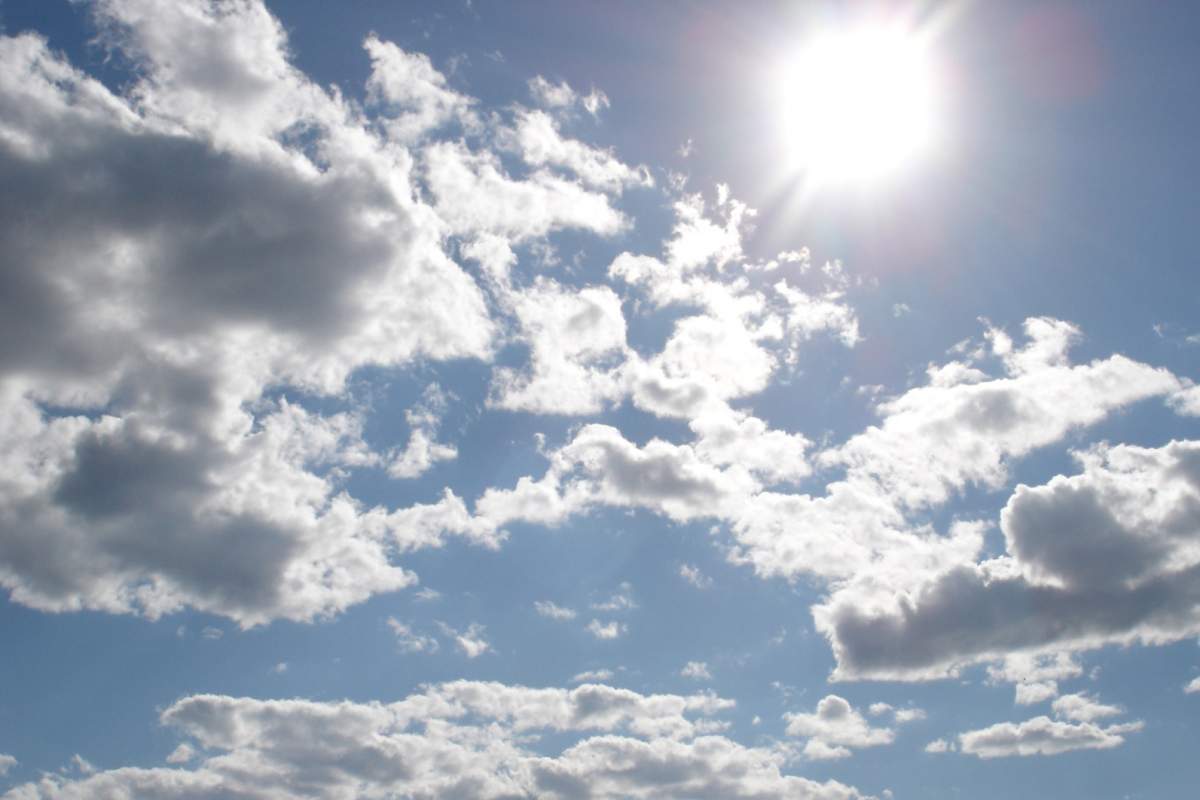 Clouds are made of water droplets and ice crystals. Together, these droplets and crystals weigh many tons. So if the typical cloud actually weighs as much as an elephant, why doesn't it plummet to the ground?

Because unlike an elephant, a cloud's weight is spread out over a very large area. Plus, the cloud's droplets and crystals are very small--about one micron, or one-hundred-thousandth of an inch across. A cloud's individual particles are so small, in fact, that warm air rising from the earth's surface is able to keep them floating in the air. It's similar to how dust motes swirl in a shaft of sunlight. Although the bits of dust are affected by gravity, even the gentlest air currents are enough to keep them dancing around in the air.

But clouds don't stay up in the air forever, of course. When the warm air keeping clouds afloat cools, its water vapor condenses and adds to the cloud's droplets. At a certain point the droplets become heavy enough to overwhelm the force of the rising air, and all that water falls to the ground.