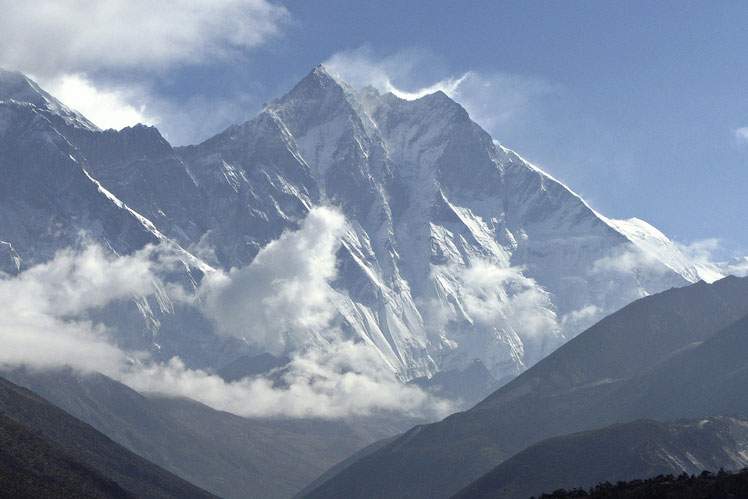 In 1978, Reinhold Messner and Peter Habeler reached the summit of Mount Everest, 29,029 feet above sea level. Although Everest had first been climbed in 1953, this was the first successful ascent to be made without supplemental oxygen.

How did Messner and Habeler survive the extremely thin air on the top of Mount Everest?

Above 7000 feet, by ascending at a rate of only about 2000 feet a day, mountain climbers allow their bodies to adapt to the low oxygen content of the air. This precaution gives the climbers' bodies time to make changes that allow them to use more of the oxygen that IS available.

In the struggle to maintain a near-normal oxygen supply to cells at high altitudes, breathing and heart rates increase. The production of red blood cells increases, as does the production of hemoglobin, an iron-containing protein that allows the blood to carry more oxygen. Blood begins to flow through some of the tiniest, normally inactive, blood vessels, bringing more oxygen to cells. At the same time, chemical changes inside the cells decrease the need for oxygen.

It all in the cells

Although sea-level dwellers can adapt only partially and temporarily to high altitudes, populations that have lived at high altitude for thousands of years show more permanent physical changes, such as enlarged lungs and significant increases in hemoglobin and the number of red blood cells.