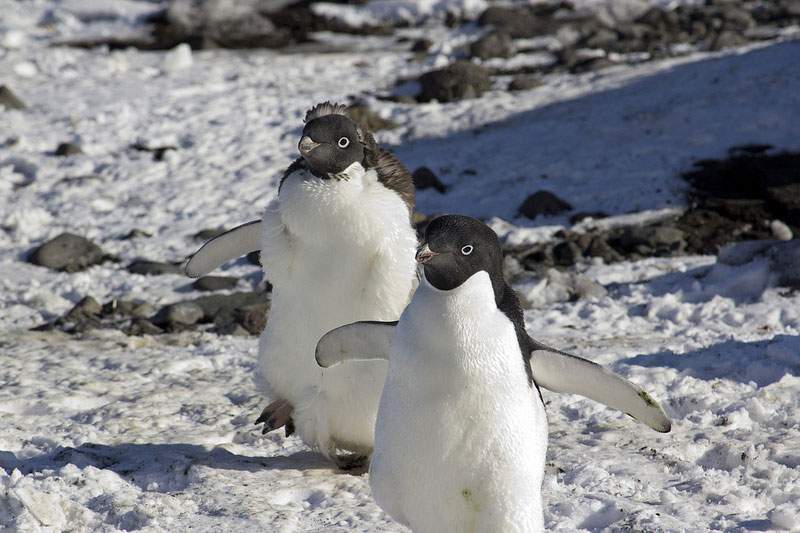 I know that climate change is making life difficult for polar bears and other cold climate creatures. But is it possible that some animals actually benefit from climate change?

Actually, yes. In fact, one study found that for a colony of AdÃ©lie penguins on Beaufort Island south of New Zealand, climate change has been a boon. Over the past sixty years, as temperatures have risen and glaciers retreated on the island, the bird colony increased by eighty-four percent, from 35,000 breeding pairs to 64,000 breeding pairs. Why? Because the glaciers' retreat has revealed more bare ground where the penguins like to nest.

Now, it's important to note that this may be an isolated and relatively rare case. Some studies have shown that other colonies of AdÃ©lie penguins have shrunk over the past few decades. And other animals, most famously polar bears, are definitely in decline due to a loss of sea ice in the Arctic.

But the study does suggest that the effects of climate change vary depending on geography and the species in question. What causes one species to fade may help another thrive. Overall, though, many scientists believe that the many negatives of climate change outweigh the few potential benefits.