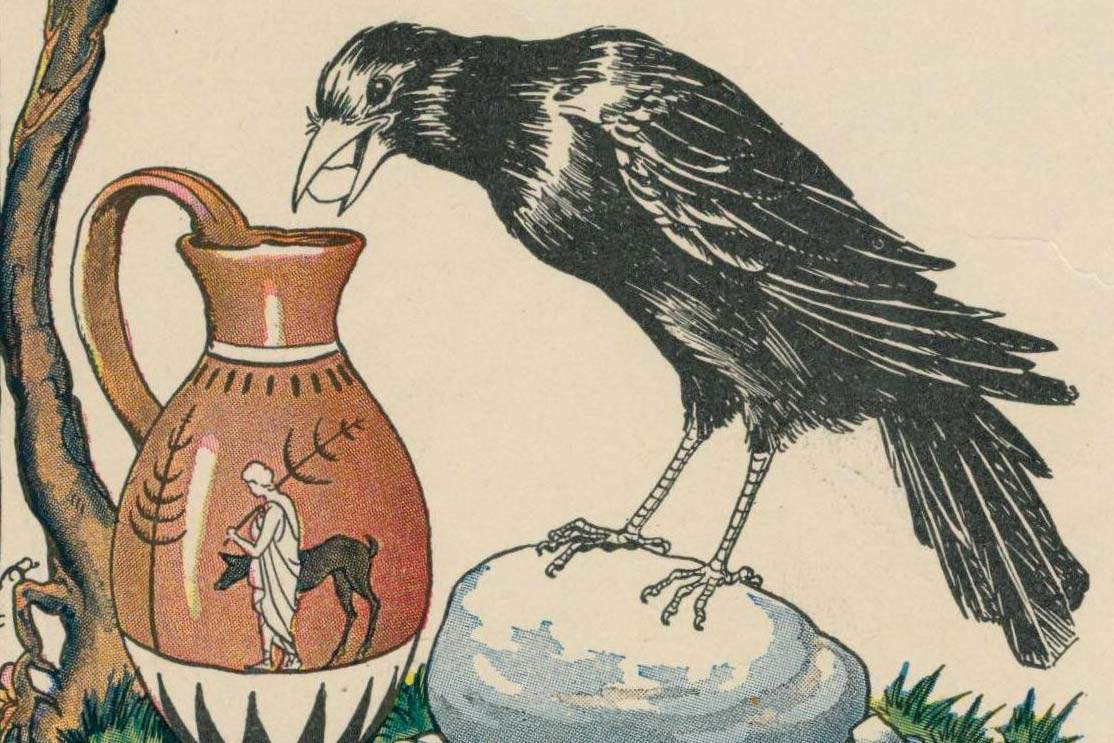 In an Aesop's fable, a thirsty crow discovers a water vessel, but when he tries to drink, he finds the water is out of reach. To solve the problem, he drops stones into the vessel to raise the water level.

Are crows ingenious enough to solve such a problem?

Scientists working with wild New Zealand crows weren't the first to test crows' abilities and find they would use stones to raise water levels of a container to obtain food. They did develop new methods to better measure crows' thinking abilities.

Previous researchers offered crows narrow and wide tubes of water to see if the birds could distinguish between different water volumes. With enough stones to get a food reward from either tube, the crows weren't picky about which tube they chose.

Kiddies Vs. Kitty the Crow

In the New Zealand study, the stones were limited. The crows soon discovered they had only enough stones to raise the water level high enough to reach the food in the narrow tubes.

Scientists also tested crows with connected, color coated tubes, where dropping stones in a red tube would raise the water level in a blue tube for them to receive food. This is a very challenging task for both crows and children. Children ages four to six are unable to solve the problem.

Kitty, a six month old juvenile crow, figured it out.

Scientists aren't sure if crows and children are using the same cognitive processes to solve these problems, but they now know it's possible for crows to pass these tests.

These experiments also show that modifying previous experiments can help scientists to better understand animal thinking. It seems crows may be even cleverer than we thought.