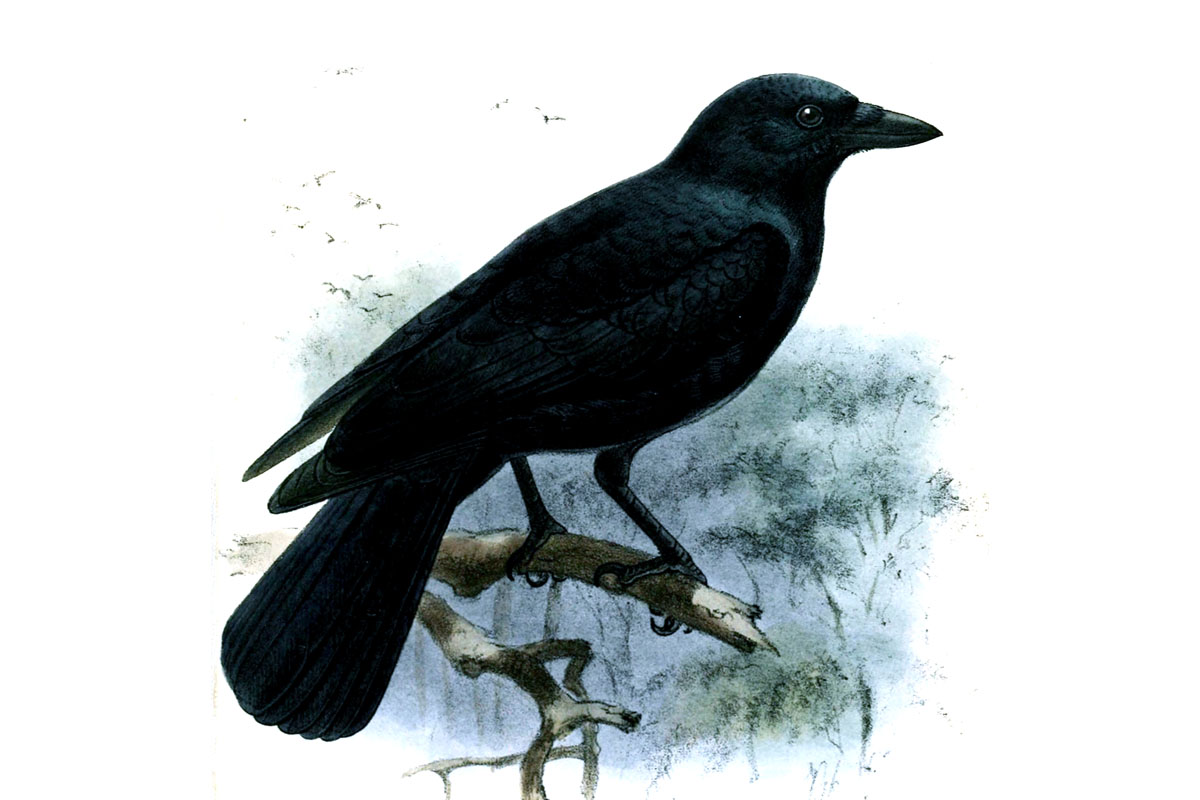 If you see an object blowing down the street, you will infer that it is light. That will be your conclusion even if you can't determine what the object is.

This ability to represent weight to ourselves as a cause for what we see in theÂ world has long been considered an exclusively human mental activity. Not evenÂ chimpanzees have shown the aptitude.

But lo, a bird swoops down to make some observations. It's a member of the crow family, the corvids, and it can infer weight like humans. It's the New Caledonian Crow, which resides on its namesake island in the Pacific Ocean.

In 2017, researchers from various international universities observed 12Â New Caledonian birds. In the lab, the crows learned to drop an object into a tube based on the object's weight to receive a food reward. Then, six crows were taught that only light objects got them a treat; the other six only received treats for transferring heavy objects.

Next came the real test of the crows' abilities. The researchers suspended theÂ same objects in front of a fan. As you can guess, the light objects blew in the breeze, while the heavy objects were unmoved. When all the crows observed this, they each tried to choose the object linked to their reward. 70% of the time all the birds made the right choice.

The crows were able to judge the weights of objects simply by watchingÂ how they behaved in a breeze. These crows don't have to lift an object to know it's heavy; they can deduce that purely by observation.

It makes you wonder, are there others, like us and the corvids, who see theÂ effects of the wind?