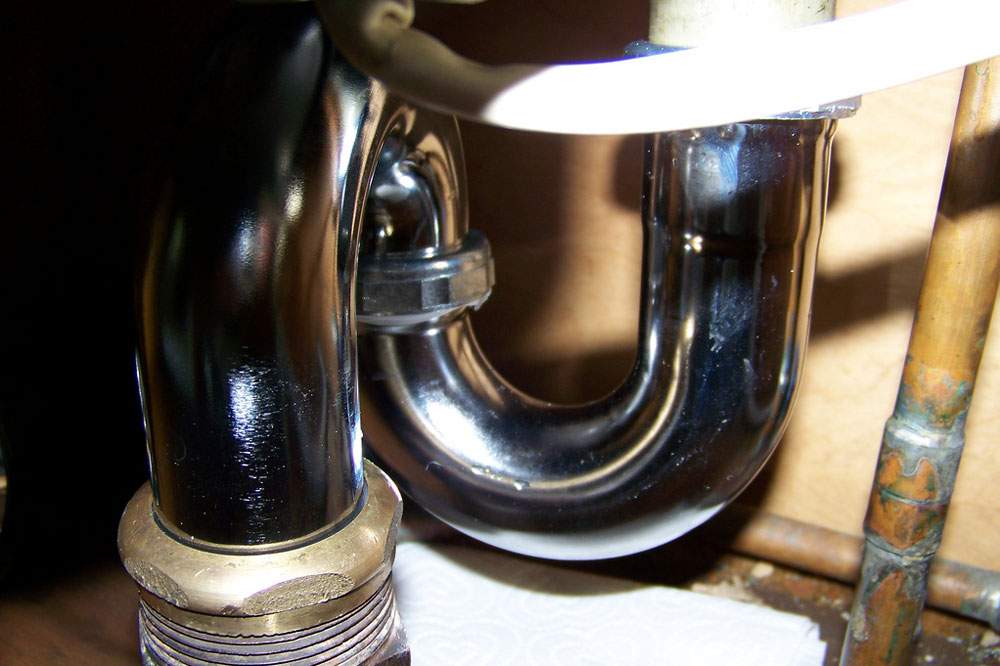 If you look at the pipe under your kitchen or bathroom sink, chances are that it's not a straight vertical pipe.

Instead, it's probably curvy. What's the reason for such circuitous plumbing? Why not have a straight drainpipe?

If you've ever dropped something valuable down the drain, like a ring or a house key, you know that curvy pipes can prevent lost objects from being lost forever. Many a ring has been fished out of the curve in a drainpipe, which often stops objects that fall down the drain from washing out the sewer. Although curvy pipes come in handy for trapping valuables, that's not the main reason for the curves.

To understand curvy drainpipes, we need to know where they go. Drainpipes lead to large sewer pipes, filled with waste water and whatever people flush or wash down the drain. In addition to water, sewer pipes also contain stinky, even poisonous fumes. When you're not running water down the drain, you certainly don't want stinky sewer fumes wafting up into your house. Curvy pipes prevent that by creating a water seal in the pipe.

Here's how it works. When you run water down the drain, gravity forces the water through the curve and out the sewer pipe. When you turn off the faucet, some water gets trapped in the U-shaped part of the pipe, forming a water seal. The water completely fills the bottom curve of the U and extends a little way up both sides, sealing the pipe, and keeping those stinky sewer fumes where they belong.