Cilantro: Love It Or Hate It? 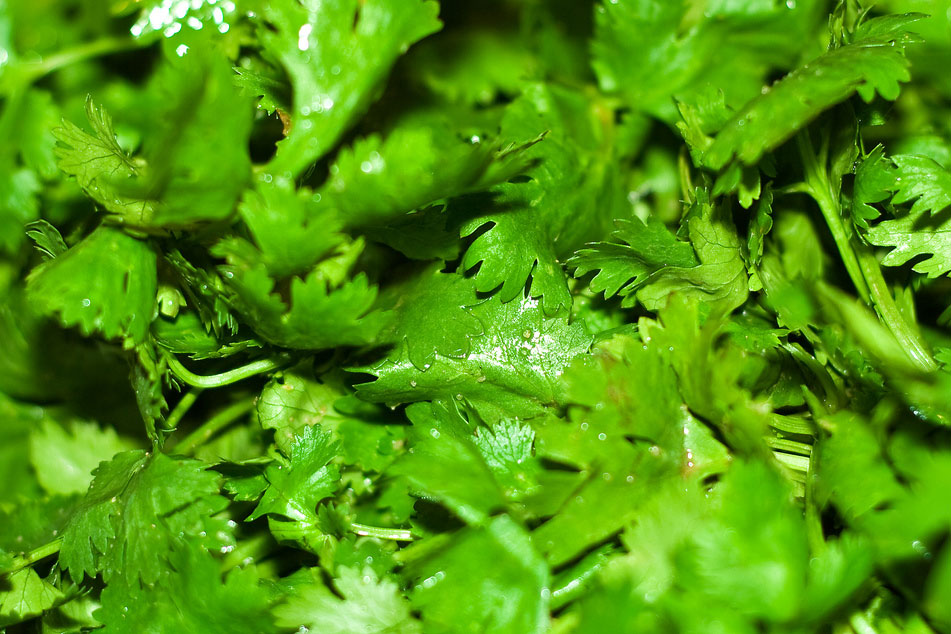 On today's Moment of Science, we'll be sniffing our way through a controversial culinary conundrum: the great cilantro debate.

According to scientists working at the Monell Chemical Senses Center, the smell of cilantro usually produces a "love it" or "hate it" response.

Researchers used gas chromatography to isolate the different components of the cilantro smell. They learned that its distinct aroma comes primarily from a group of molecules called aldehydes.

Aldehydes are one of the main by products of soap making. There are a few different aldehydes in the cilantro aroma "recipe. One emits the offensive soapy odor that makes you cringe. But, another produces the fresh, green, citrusy aroma that people like me find so appealing. Our ability to detect these different parts of the cilantro scent spectrum varies widely, and is linked to our genetics. Some people can't smell the good part at all.

We need more research to figure out the exact details, but the science of smells indicates that, when it comes to liking or hating cilantro, genetics matter. Thanks to our DNA, we pick up on the good and bad parts of the cilantro sensory experience in different ways.