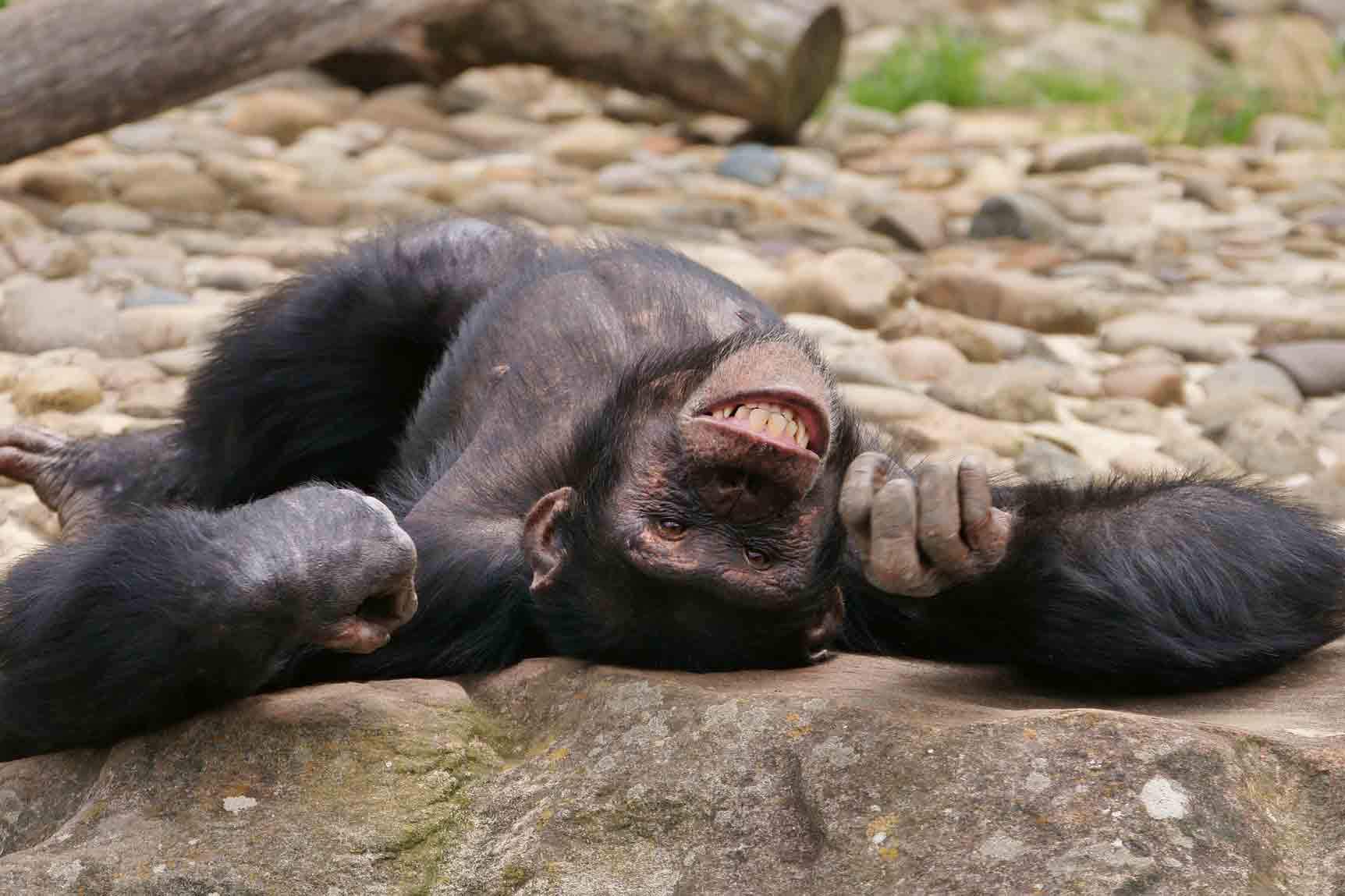 A biologist, Robert Dudley, has proposed that booze helped our ancestors meet their need for food calories. Humans and their closest relatives, the African apes, share a genetic mutation that greatly improves their ability to break down ethyl alcohol.

Dudley thinks the mutation benefited the fruit-eating ancestors of apes and humans by letting them expand their diet to include fermented fruit, which is an excellent source of calorie-rich sugars and other nutrients. The smell of alcohol makes finding fermented fruit easy.

Scientists, however, have had a hard time showing that apes like fermented fruit. But in 2015, an international team published the first well-documented evidence that wild chimpanzees drink alcohol.

They studied West African chimps in a region where villagers collect the sap of palm trees and let it ferment in buckets to make palm wine. The chimps made regular raids on the buckets, made sponges by crushing leaves together to take up the wine, and drank enough alcohol to make them drunk.

Though the villagers' buckets of palm wine aren't a natural source of alcohol, it backs up Dudley's hypothesis in that palm wine, like fermented fruit, contains a rich supply of sugars and minerals along with the alcohol. The chimps liked it and sought it out repeatedly and that's all Dudley's hypothesis requires.

The finding is a step towards understanding why people like alcohol so much.