Do Chimpanzees Mourn Their Dead? 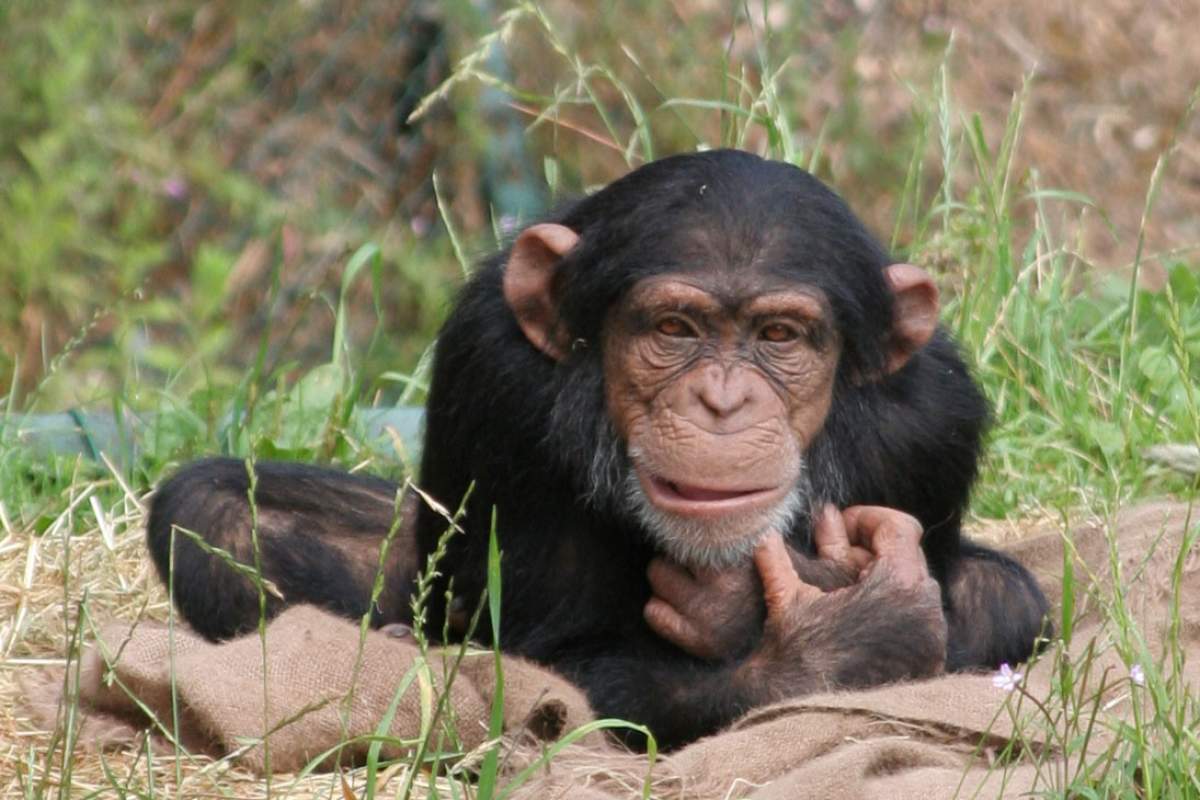 I know that chimps are our closest animal relatives. They have complex social networks and use simple tools. But do chimps have a concept of death?

There is some evidence that chimps might have some understanding of death, and may even care for the bodies of deceased relatives.

Researchers at the University of St. Andrews, in the UK, observed a group of chimps in Zambia huddled around the corpse of a young male. Strikingly, the dead chimp's mother cleaned her son's teeth with a stiff blade of grass.

Does this mean that the mother chimp had a humanâ€‘like understanding of death? Not necessarily. She may have had no conception of why her son was not moving, and was grooming his body as if he were still alive.

It's possible she could have been viewing him as an inanimate object, but chimpanzees have never been observed attending to an inanimate object in the way the chimp mom appeared to care for her son's body. And she had never groomed him that way while he was alive.

Other relatively largeâ€‘brained animals, such as elephants and dolphins, have been observed inspecting and manipulating the bodies of deceased relatives. Again, this doesn't necessarily mean that these animals mourn their dead the way humans do. But they don't just walk away and ignore the bodies, either.

So, chimps may have some understanding of death and treat corpses with care. We just don't know to what extent.