Chicken Soup for the Common Cold 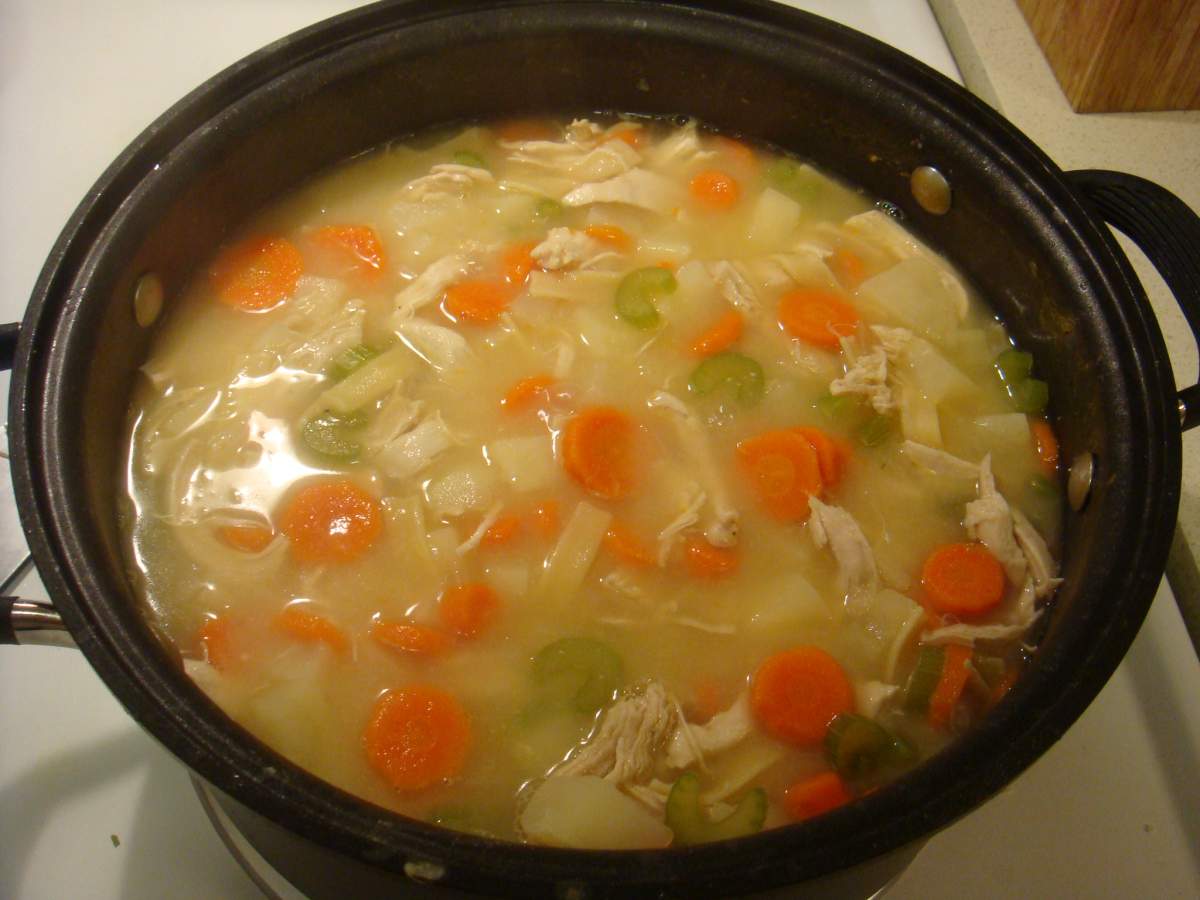 Coming down with a winter cold? Scientists agree with your grandparents here--Have some chicken soup.

...and that's why it's good for you when you have a cold, according to a study by Dr. Stephen Rennard in ChestÂ Journal. His team tested several different kinds of chicken soup, and all of them inhibited neutrophil chemotaxis in the blood samples of volunteers.

What on earth does that mean, though? It's not as complicated as it sounds.

Neutrophils are a type of white blood cell that our bodies use to fight infections. The products of neutrophils are powerful secretagogues, which is a fancy word for something that secretes a lot. Chemotaxis means cell movement.

To put it simply, when you get a cold white blood cells move around more, and they are drawn to the surfaces of airways where they cause mucus production, inflammation and coughing. Chicken soup stops the cells from moving around so much.

The researchers who completed the study aren't sure which of the ingredients in chicken soup was responsible for the observed result. They found that each individual ingredient inhibited white blood cell movement to some extent, and the outcome was stronger when the recipe was finished.

Other effects of chicken soup may also contribute to its ability to quench cold symptoms, as the study points out. Warm liquids may help clear up nasal passages, and chicken soup may have a placebo effect because of the social setting associated with it.