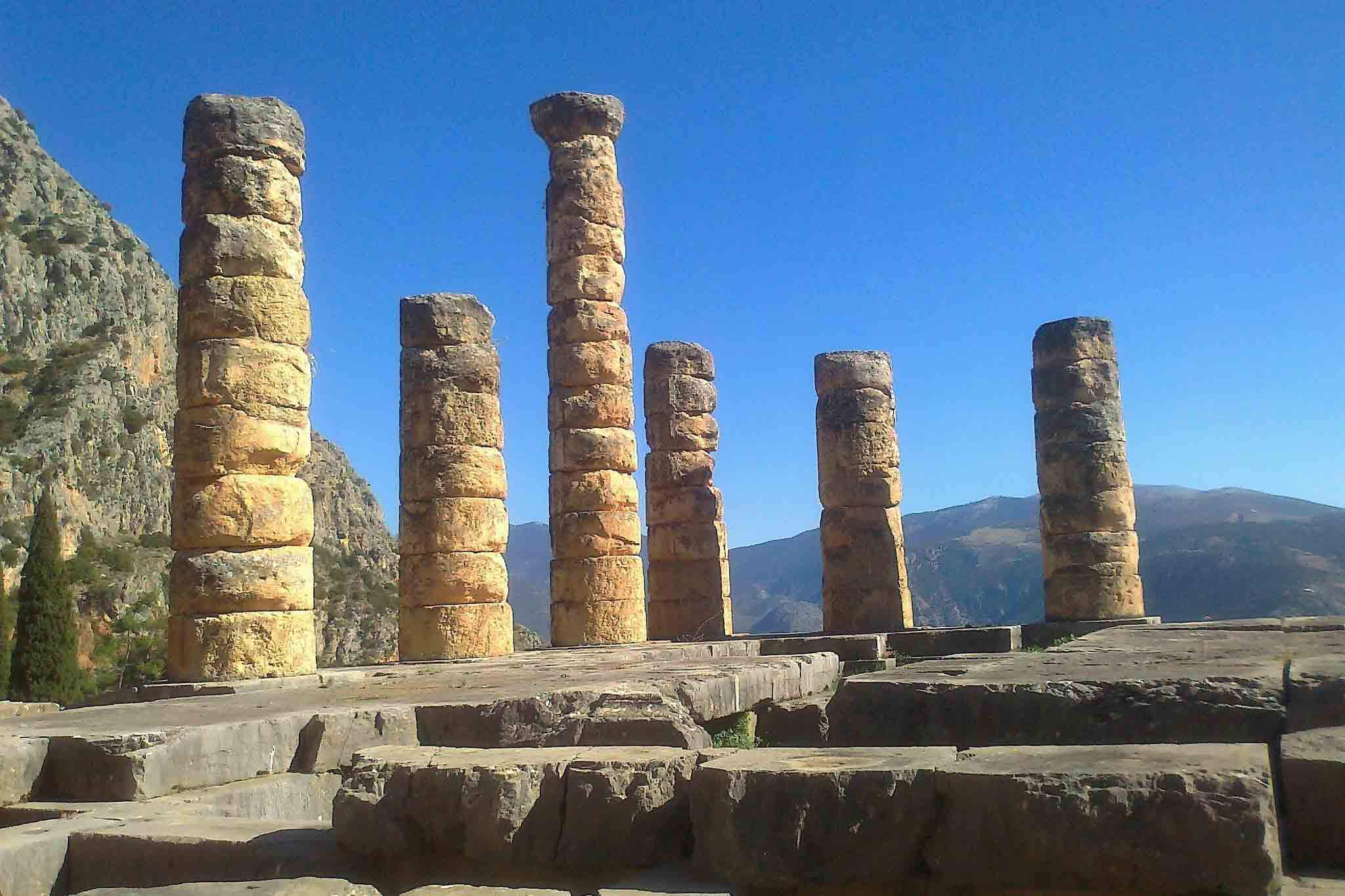 The temple of Apollo at Delphi in ancient Greece was the home of the Pythia, a specially chosen and trained woman who, according to legend, channeled the voice and wisdom of Apollo, the god of prophecy. Generals, politicians and private citizens of the ancient world flocked to Delphi to question the Pythia and seek her divinely inspired advice.

Ancient scientists and philosophers attributed the oracle‘s power to vapors that bubbled up through a chasm and spring running through the oracle‘s chamber inside the temple. Inhaling these vapors, according to the ancients, induced a trance-like state that endowed the oracles with divine prophetic power. Around 1900 excavations at Delphi revealed no chasm or escaping gasses, and so the ancient accounts were discredited.

Something in the Water

However, more recently new light has been shed on the myth. Geological surveys of the area detected two faults, or cracks in the earth‘s crust, intersecting directly under the oracle‘s chamber. Samples from Delphic spring water, and from rock from the intersecting faults revealed traces of several chemicals including ethylene. Tests have shown that when administered in proper dosage, ethylene can result in a trance state. Those affected are conscious, able to sit upright, can answer questions, and afterwards experience amnesia. Some subjects react violently, screaming and throwing themselves about.

Such reactions to ethylene are consistent with ancient reports. Unlike their Greek predecessors, modern scientists leave Apollo out of the picture. But once again science gives at least partial credence to something that was once considered only a myth.