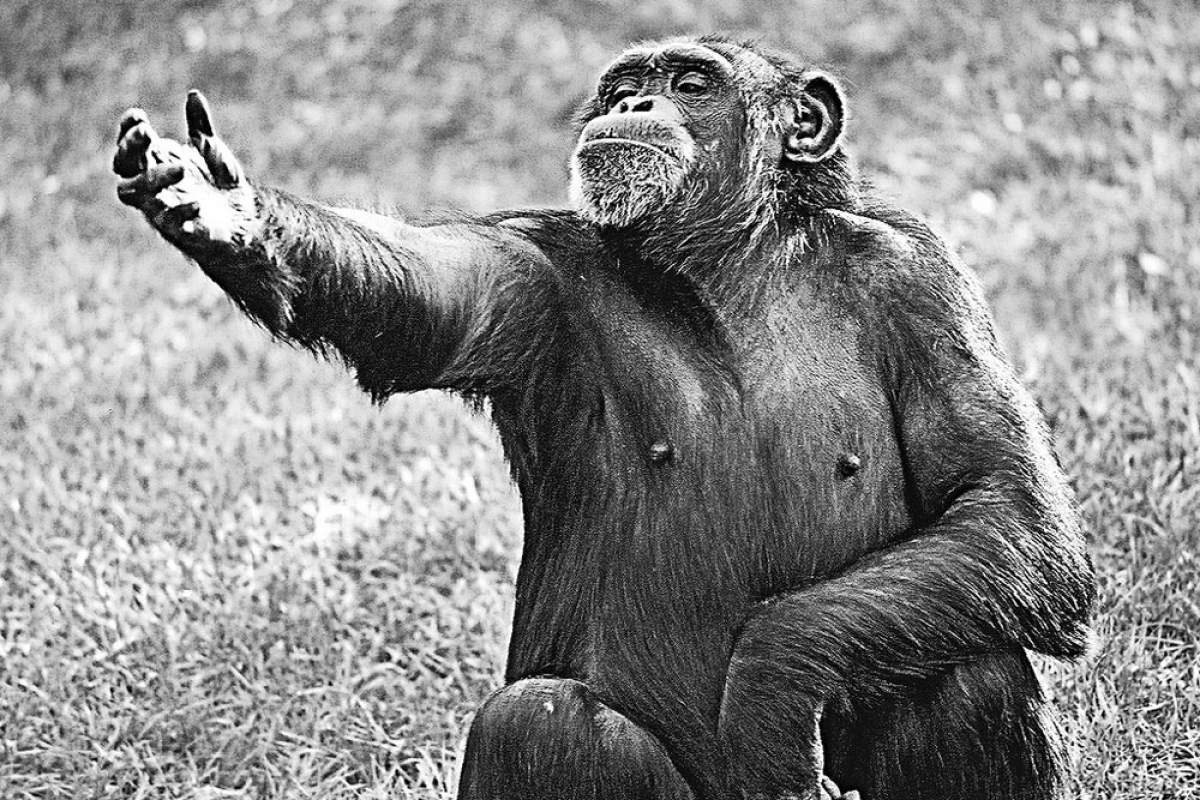 We talk to our house pets all the time, but wouldn't it be great if your cat could answer you in English?

Well, maybe it wouldn't be so great! We tend to assume that, because they don't speak human language, other animals are dumb, or emotionless, or might make a good cheeseburger. If we could ask them what they think, we might have to reconsider how we think!

In the 1960's, psychologists Beatrice and Robert Gardner decided to do just this. They wanted to see if chimpanzees had the mental capacity for language. Since chimps can't make the verbal sounds that humans can, the Gardners tried teaching chimpanzees sign language. The results surprise almost everyone who hears about these studies.

Not only was sign language possible for chimps, some acquired vocabularies of several hundred words. They understood basic grammatical constructions, such as the difference between "me eat apple" and "apple eat me." They invented their own words, such as "water bird" for a swan. One especially adept chimp named Lucy was seen leafing through a magazine and signing "cat" when she saw a tiger, "drink" when she saw a wine ad, and "cry hurt food" when she tasted a radish. Another chimp in a similar experiment came up with the sentence "Give orange me give eat orange give me you," when he wanted an orange.

Sound familiar? If you've ever had a two-year old in the house you may recognize that kind of pattern. In fact, chimps were found to have roughly the linguistic abilities of two-year-old humans. It's not Einstein, but it's a far cry from being "dumb animals."