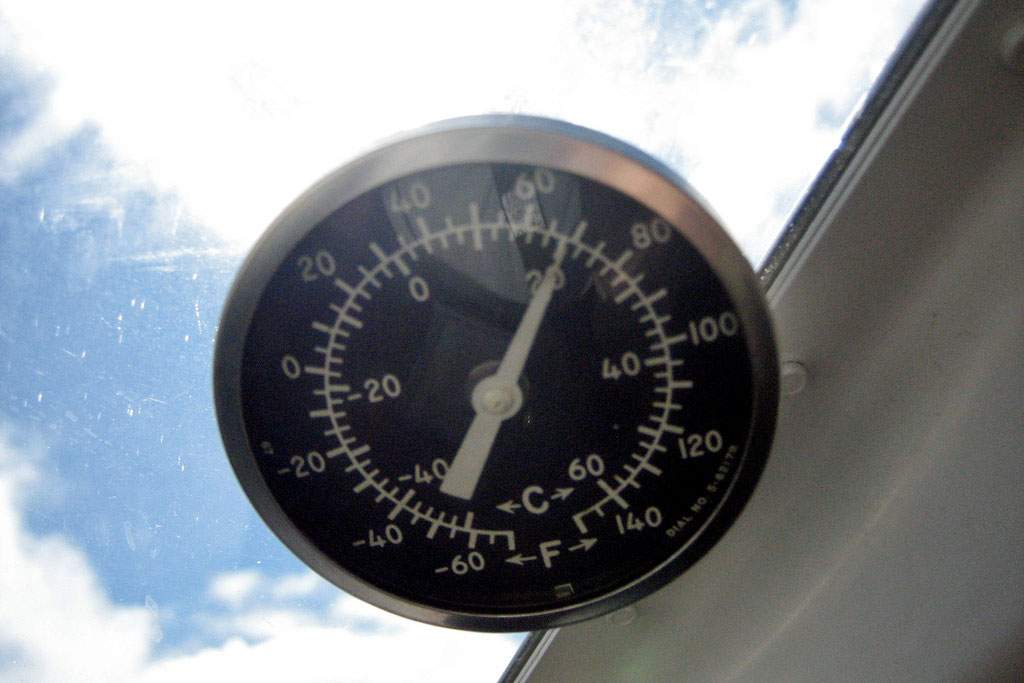 Unlike most countries, the U.S. still uses the Fahrenheit scale to tell the temperature. When reading temperatures in degrees Fahrenheit, water freezes at thirty-two degrees and boils at 212 degrees.

The Fahrenheit scale was actually invented partly by Daniel Fahrenheit; he was improving on a scale made by Olaus Roemer. According to Roemer, water freezes at seven and a half degrees.

Fahrenheit agreed with Roemer; so he started out with the same zero as on Roemer's scale. But because he didn't like fractions, he divided each original degree by four and set his reference points so that they would be divisible by four as well.

The charm is in Fahrenheit's choice of zero. Most of the earth's moderate temperatures fall between zero and one hundred degrees Fahrenheit. And if you look at the extreme high and low temperatures on earth, you'll see that they occur at just about the same distance from zero.