A Bend In The Skull 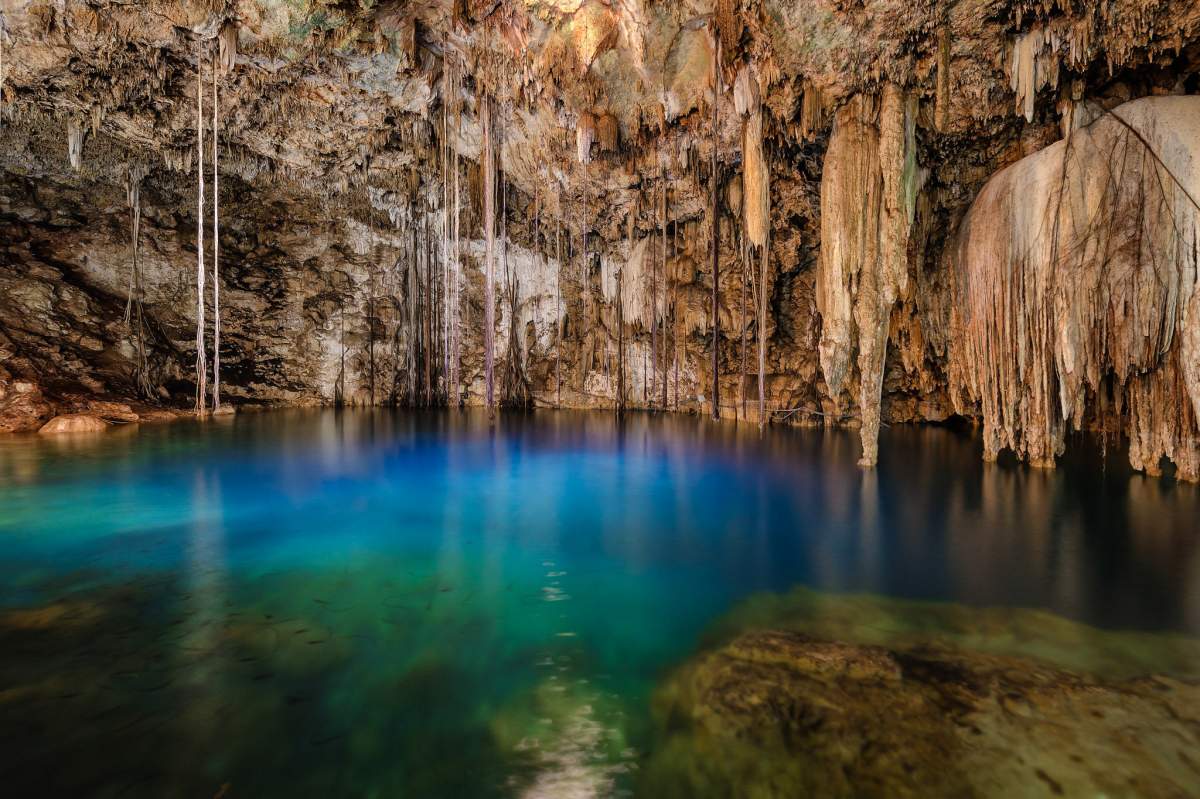 Many animals, humans included, have bodies that are symmetrical i.e. with two sides that are mirror images of one another.

But two-sided animals aren't always completely symmetrical. In 2017, researchers reported their discovery of a leftward bend in the skull of the Mexican blind cavefish.

This species of fish lives in total darkness in a network of caves in central Mexico. The researchers found that the cavefish's surface dwelling relative, the Mexican tetra, doesn't have the bend, which appears during development when the cave form reaches adulthood.

That could suggest the bend evolved because it helps the cavefish to survive in the dark.

A Life Of Darkness

It's likely, since the cavefish have many special adaptations for life in darkness. They lost their eyes, and their other sensory systems have become highly developed.

One of these senses is the lateral line sense. It enables the fish to sense nearby obstacles and disturbances by detecting differences in water pressure over their bodies.

The researchers think the distribution of the lateral line sense receptors is different on the two sides of the cavefish's head. Cavefish tend to swim along walls, and are biased to do so in a counterclockwise direction.

Experiments show the cavefish's ability to follow a wall is impaired when their lateral line sense is chemically blocked.

So, the bend could alter the flow field to make the fish's lateral line sense more sensitive on one side of its head; the right side that it uses to follow walls.

Thank you to Joshua B. Gross, Department of Biological Sciences, the University of Cincinnati for reviewing this episode's script.