Why Do Cats Have Slit Pupils And Humans Have Round Pupils? 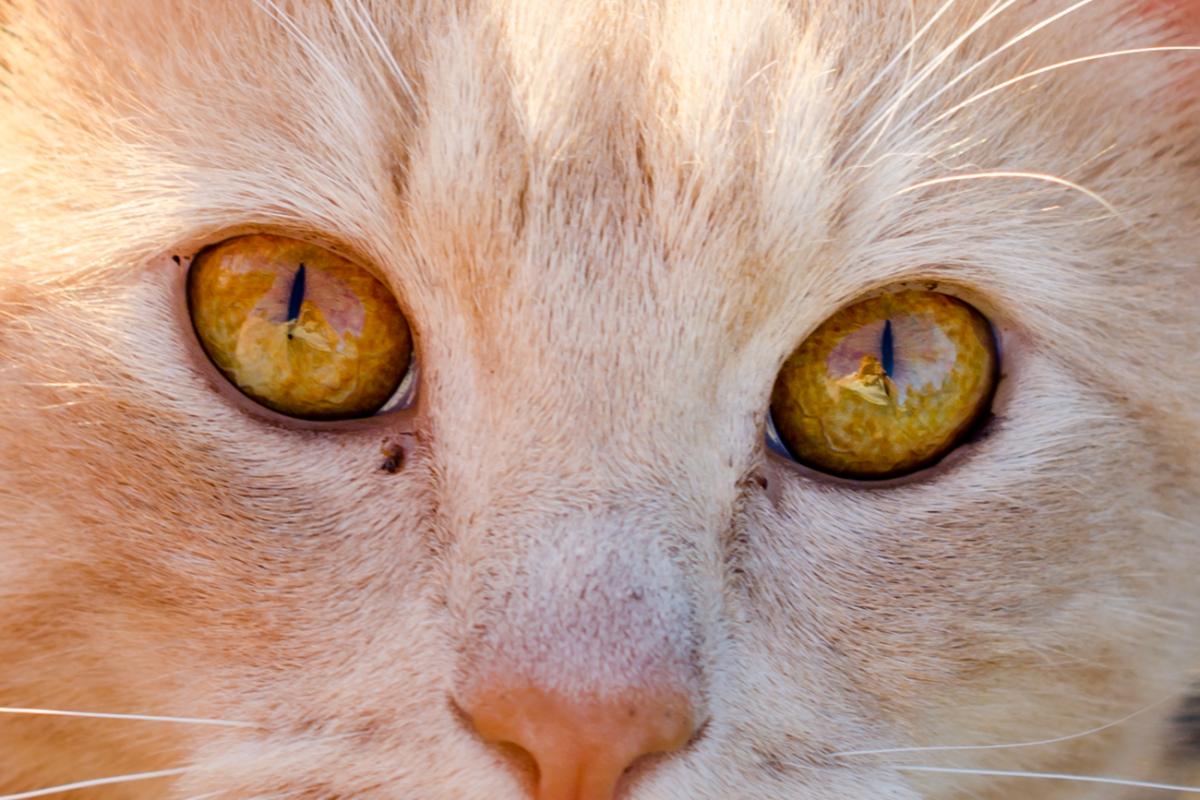 Different pupil shapes seem to be an adaptation to different activity patterns during a 24-hour day. (Susannah Anderson/flickr)

Human beings have round pupils; cats have pupils shaped like vertical slits.  What's the advantage for cats and people, respectively, in those different pupil shapes?

Different pupil shapes seem to be an adaptation to different activity patterns during a 24-hour day.

These animals rely heavily on hearing and touch to get around, but they also have the ability to see in very dim light.  Their eyes have big lenses and sensitive retinas.

But many nocturnal animals, such as cats, are not strictly nocturnal they move around during the day as well as at night. They need some way to protect their sensitive eyes in daylight, and slit pupils provide that protection.

Like a theater curtain, a slit pupil can close as much as necessary to prevent too much light from entering the eye.

Humans And Round Pupils

For humans and other animals active mainly in the daytime, visual sensitivity is not as important as the ability to see small details in bright light.

So the eyes of humans, lizards, ground squirrels, and most birds have a design suited for operation in bright light without the special protection of slit pupils.  In dim light, our eyes are not as sensitive as those of nocturnal animals.

What Is The Most Common Pupil Shape?