Why Do Cats' Eyes Glow At Night? 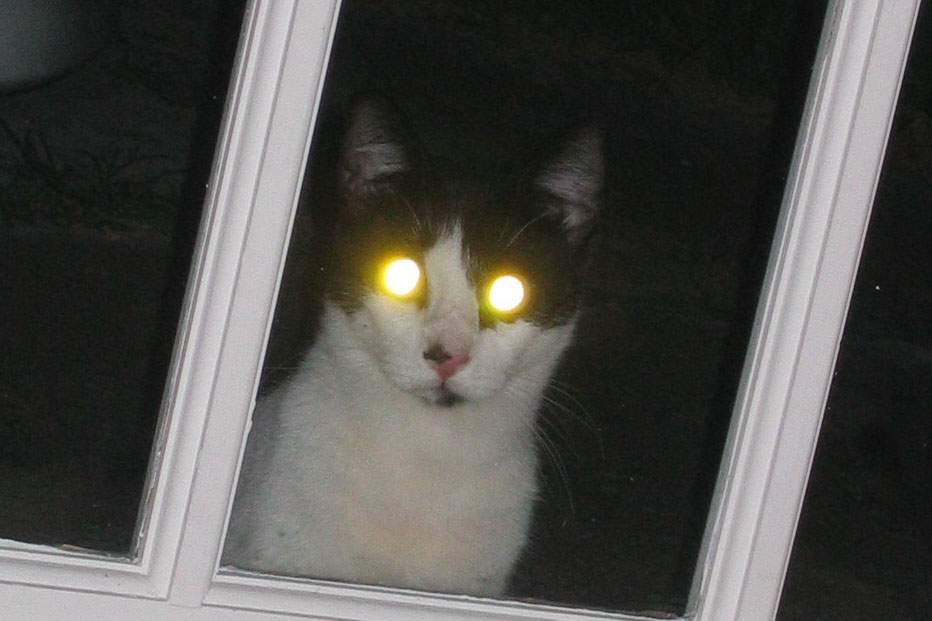 You're driving along a lonely road at night. Ahead, in the dark, you see a pair of bright, disembodied eyes. You get closer and the eyes slip away into the grass.

They were just the eyes of a prowling cat. The cat's eyes shone because your eyes, your car's headlights, and the cat's eyes were nearly in a straight line.

Cats' eyes are different than our own. That green glow (although some breeds do have different coloring) you see is because the light is reflecting off a part of their eyes called the tapetum lucidum.

It's a reflective surface that is behind the cat's retinas. Many other animals have versions of it. In cats, the tapetum lucidum increases their sensitivity to light.

When a cat sees light like demonstrated above, the tapetum lucidum allows any light not absorbed by the retina to be reflected back. We see it as an eerie green in most breeds of cats. For cats, it's an opportunity for them to see the light again and let their brains process it.

People do not have a tapetum lucidum. The red eye glow you sometimes see in photographs is light being reflected from a person's retinas which are red from all the blood vessels back there. (And if you're interested in learning more about parts of the human eye, you can click here to read about the fovea, the part of the eye that lets you read and see other fine details)

The podcast episode is a rerun from many years ago. The text post above has been updated to include the scientific terms and information from more recent sources about why cats' eyes look like they're glowing at night.