From Three Pounds To Fifty Grams 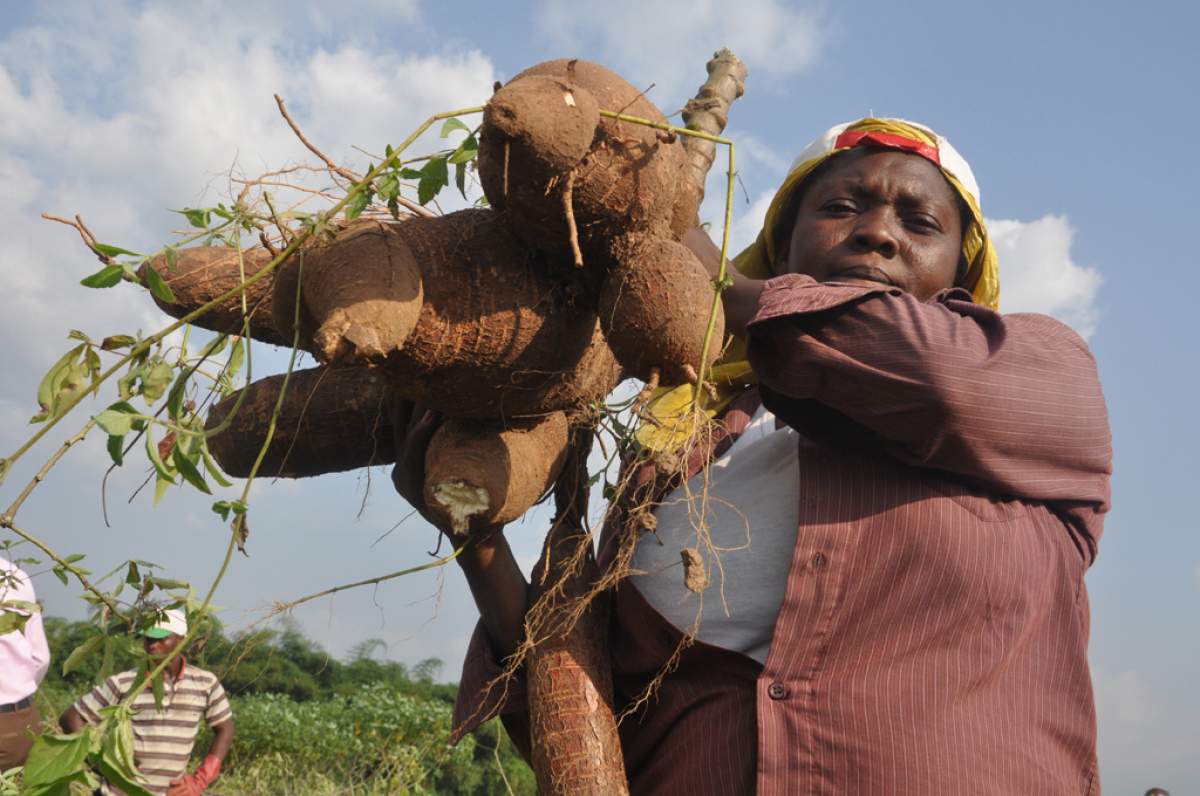 If you live in the United States, you probably haven't given a lot of thought to vitamin B6. Our bodies can't produce it, but it's in a lot of the staple food we eat: brown rice, potatoes, oats, and soybeans. It's also in beef liver, avocados, and nuts, so deficiencies are pretty rare.

In many tropical countries, however, especially in sub‑Saharan Africa, a more common staple is cassava root: a tuber rich in calories, but low in vitamins, especially B6. To get the recommended dose of B6 from cassava root, a person would have to eat almost three pounds in one day.

Hoping to lower cases of deficiencies in these regions, plant scientists have engineered a cassava plant that stores significantly higher levels of B6 in its roots and leaves. The scientists first found which enzymes created the vitamin, then introduced the genes for those enzymes into the cassava genome. Scientists then made sure the levels of B6 stayed consistently high in different growing conditions, and over time.

Experiments showed that it did, and, more importantly, that the B6 from the genetically engineered plants is bioavailable, meaning humans can absorb it. The new variety stores a daily dose of B6 in just 500 grams of roots, or 50 grams of leaves. A much easier amount to include in a daily diet. The method is not patented, so anyone can use it.

The next step, scientists say, is bringing the new cassava variety to African laboratories or agricultural institutes, where scientists on site can help introduce the variety to farmers, and put the science to practical use.

"A cure for vitamin B6 deficiency?",ScienceDaily