Tomato Plants Can Convince Caterpillars To Eat Each Other 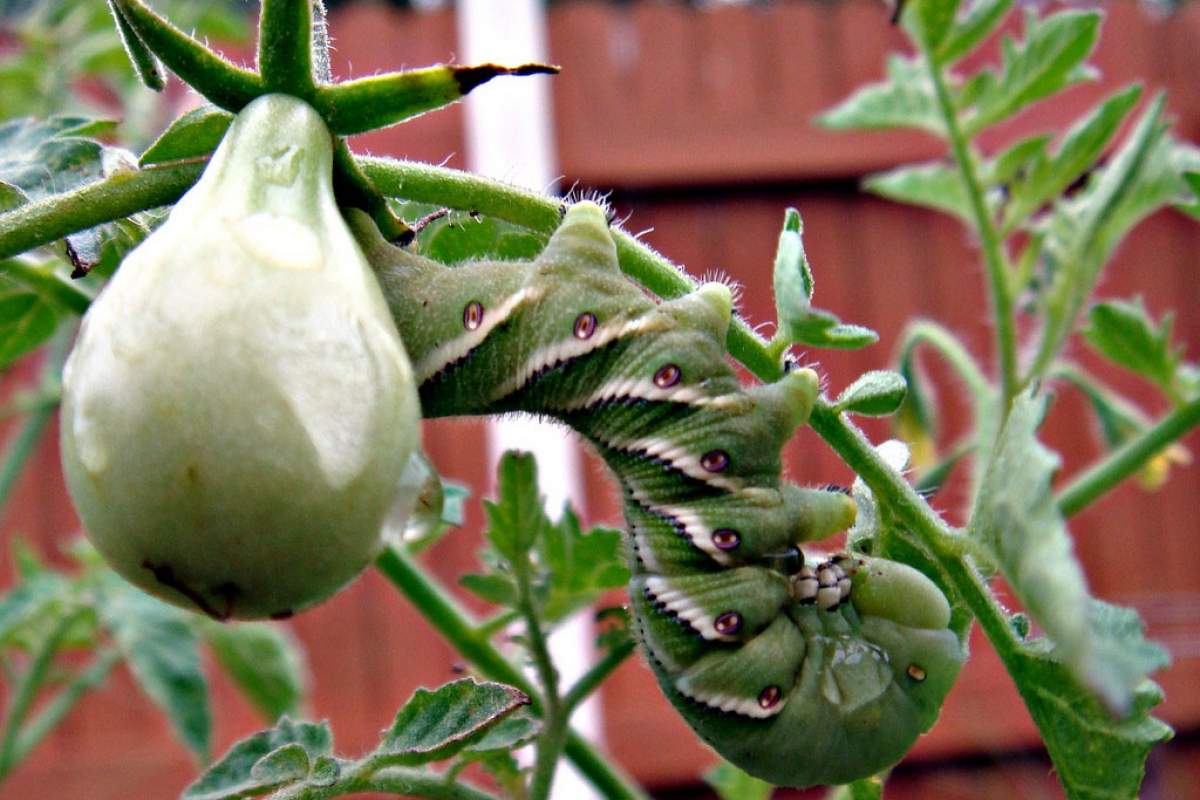 Imagine that you're a beautiful tomato plant growing in a garden. Sunlight, earthworm casings to eat, rain to drink. It sounds peaceful until a barrage of hungry caterpillars come. What can you do to save yourself?

Don't say nothing just because you're a stationary plant in this situation. As a tomato plant, you have an extraordinary skill: you can turn the caterpillars on one another.

It's not unusual for caterpillars or other insects to feast on one another. Caterpillars may turn on each other if food supply is short or bad quality. What tomato plants can do is push those caterpillars toward cannibalism more quickly.

Yes, it's true that tomato plants don't have brains or can decide these things, but they do respond to chemicals in their environment that are produced when other plants are wounded.

This is a strategy called induced resistance. When a plant detects a chemical called methyl jasmonate, which is released from a damaged plant, the receptor plant will often change its own chemistry so that it's less tasty.

A team of scientists at the University of Wisconsin-Madison have investigated this phenomenon and what it means for those hungry caterpillars. The scientists sprayed some tomato plants with methyl jasmonate and left others untreated. They then put the plants in a container with eight caterpillars.

The caterpillars had two options: either eat the tomato leaves or their fellow foragers. So, they ate the untreated plants down to the stalk, but from there, the caterpillars turned on each other quickly. The caterpillars were repelled by the chemical defenses. Only two survived in the end.

Tomato plants induce this reaction to protect themselves, but in doing so, they lose great portions of energy. It takes a serious onslaught of caterpillars to provoke a response like that.

If you want to keep thinking about cannibals, we recently featured the cannibal hamsters of Northeastern France.

Thank you to John Orrock of the University of Wisconsin-Madison for reviewing this episode's script.