Can Lightning Strike You In The Shower? 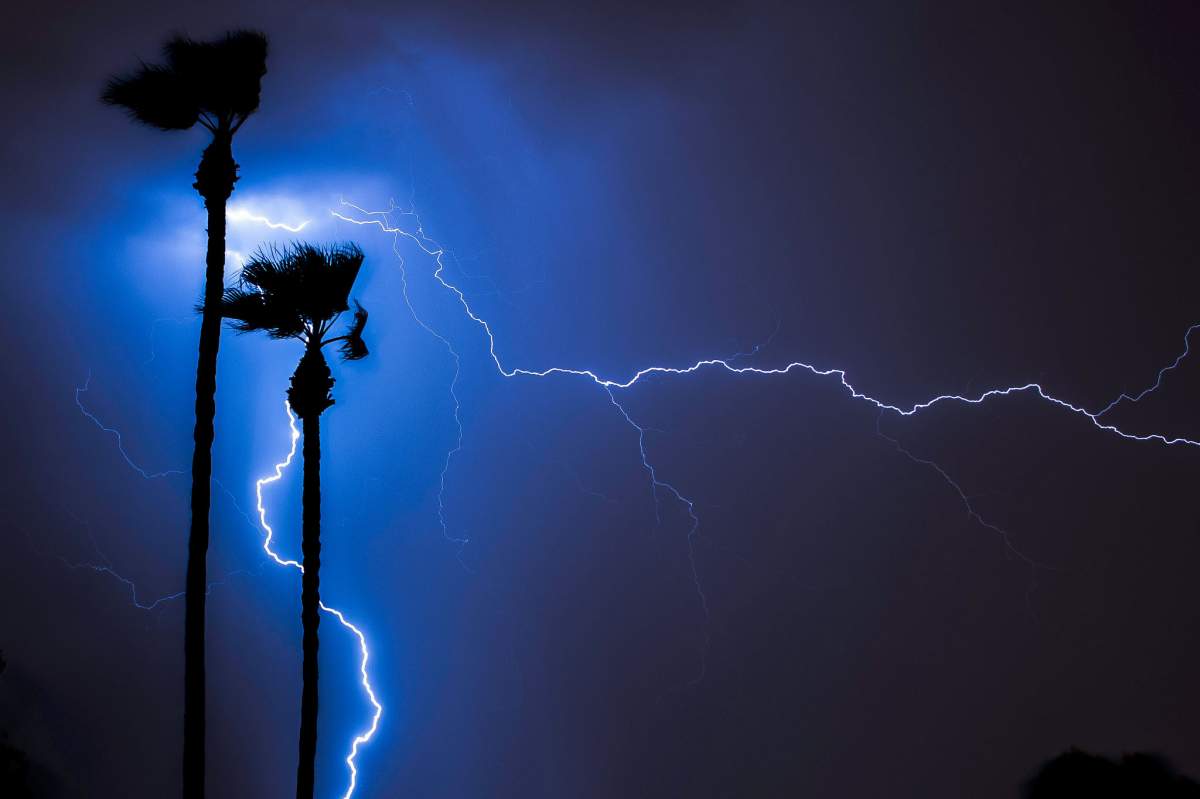 You may have heard that it's unsafe to shower during a thunderstorm. Ever wonder if this cautionary advice has any truth to it?

The Path Of Lightning

Let's start by reviewing the basics. When lightning strikes, the electrical current follows the path of least resistance down to the ground. This means that, given the chance, the current will jump from a worse conductor to a better conductor.

And if you happen to be the best conductor around, that current will go right through you. That's why lightning rods are so important: they provide the current with an easy and safe route to the ground.

Metal is a good conductor, so if lightning strikes an unprotected house, chances are the current will travel through any metal pipes. What's more, the tap water moving in these pipes contains impurities that help the water conduct electrical current.

When you're wet, the natural resistance of your body is cut by half, and the salt and contaminants on your skin decrease your resistance further. So basically, being wet can make the difference between an unpleasant electrical shock and a deadly one.

Now, even though plastic pipes are insulated, and therefore, poor conductors of electricity, you should still avoid showering during a thunderstorm. After all, you never know where the plastic pipes hook up with metal fixtures.

Your house may contain a metal frame, metal air conditioning and heating systems, metal ducts, and so on. So, why take unnecessary risks? Stay safe and wait to shower until after the storm.

Wondering now about what happens if lightning strikes your car? Click here.