Camouflage is Not Infallible 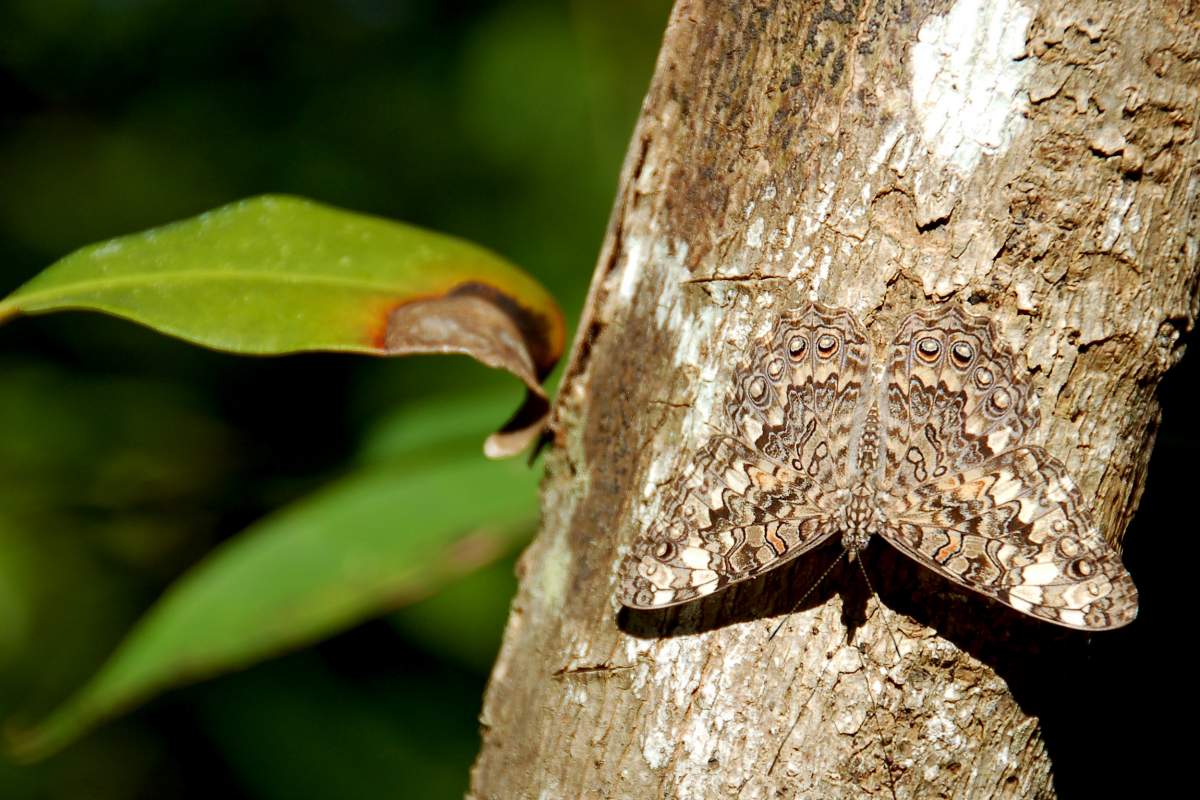 Way To Blend In

While some camouflageÂ helps creaturesÂ blend in with theÂ their environment and keep a low profile, flashy spots and stripes might give a survival advantage over background matching.

That's because evenÂ though a predator might not spot a camouflagedÂ prey the first time, it might be more discerningÂ the second time around.

Scientists have known that some camouflage works better than others, but they hadn't tested predators ability to learn to recognize camouflage until recently. Researchers in England used human subjects as predators to search for hidden moths in computer games. They found that the subjects could learn to find some types of camouflaged prey faster than others.

Disruptive coloration was easy to learn. Moths with high contrast markings like zebra stripes were hardest to find at the start of the experiment. However, people learned to find them faster than moths with low-contrast markings that match the background.

So, the best camouflage would not only be hard to detect, it would also be hard to learn.

Scientists think it isn't the type of camouflage that's so important, but the variety. Since different species have different kinds of camouflage, it keeps predators from learning to overcome one type or the other.

That must be why so many types of camouflage strategies exist in nature.