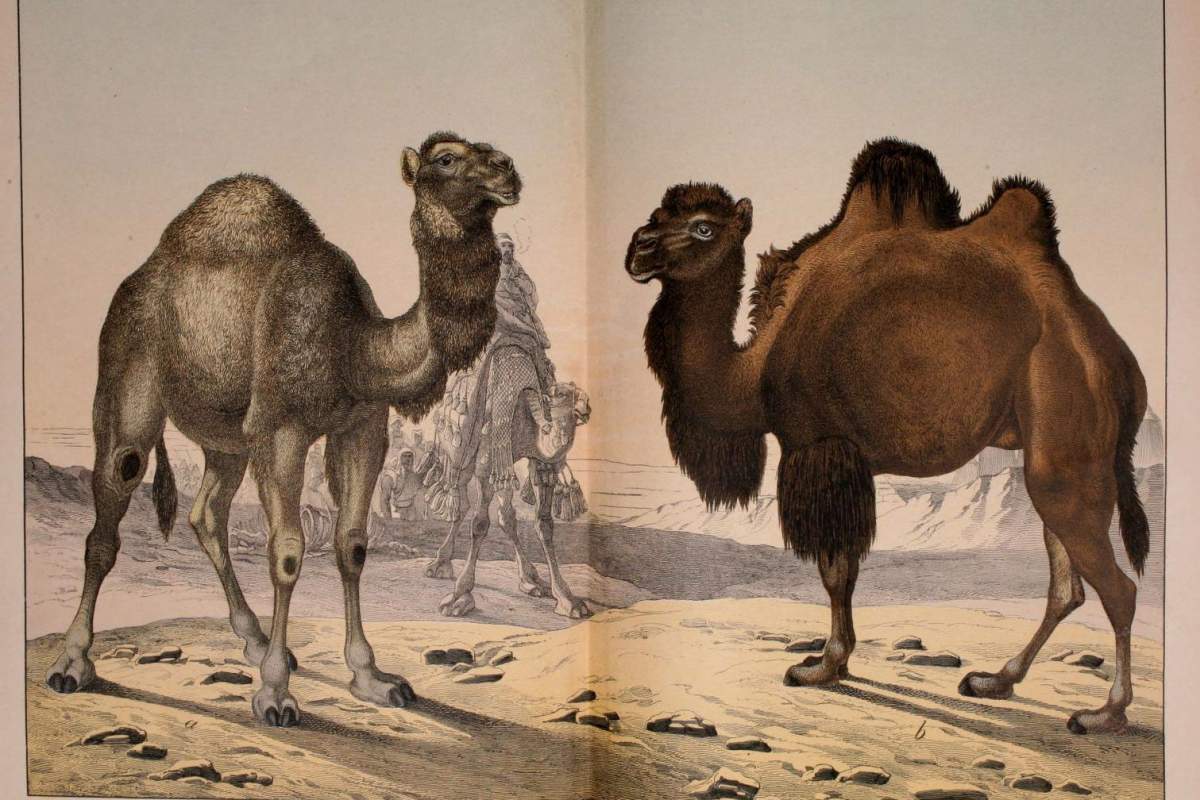 Camels can travel hundreds of miles, over several days, without stopping to drink. How is this possible?

Let's start with the hump. Contrary to what you might have heard, camels do not store extra water here. The hump (or humps depending on the type of camel) stores fat. That provides energy for long, desert treks.

This fat can also help keep a camel from getting thirsty. As the fat is burned, water is produced as one of the byproducts. This extra water enters the camel's bloodstream to add to its water supply.

They also conserve water by not sweating as much as humans. A camel's metabolism lowers at night, making its body temperature much lower than a person's. Animals and people sweat to cool themselves off, so starting with a lower body temperature means less need to sweat.

Camels are also covered with heavy fur which keeps the daytime heat out. Dromedary camels always have this layer of fur. Bactrian camels will grow an even heavier coat of fur in the winter to survive the harsh cold of the Gobi Desert.

Because it's so good at keeping its cool, a camel can travel a long way without sweating very much. Camels are also good at maintaining their blood volume.

Once humans lose about twelve percent of their body's water, the blood becomes too thick to work properly. A camel's blood, however, stays more or less consistent, allowing camels to lose up to twenty-five percent of its weight by dehydration.

Another thing that helps camels conserve water are their nasal passages. When people exhale, they lose a lot of water vapor, as any fogged up car window will prove. Camels have extra dry nasal passages which actually recondense the water out of each breath, allowing much less to escape.

As you can see, there is no single explanation for a camel's desert survival abilities. Instead, a camel draws on a whole range of adaptations.