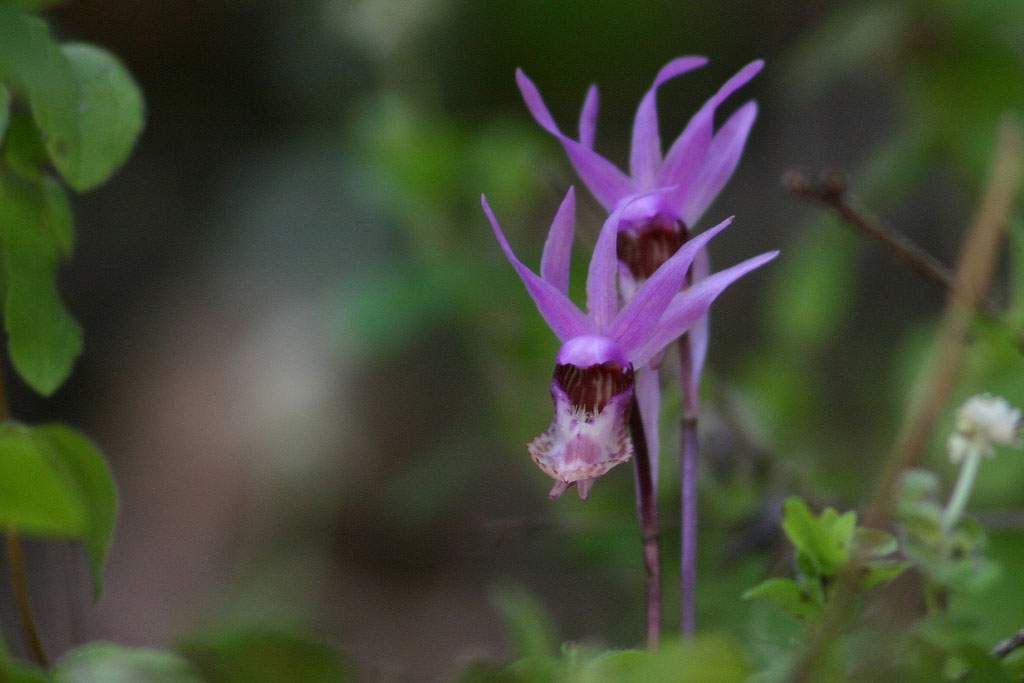 The calypso orchid, Calypso bulbosa, is one of the most eye-catching little flowers you'll see on forest floors across the Northern United States, Canada, and Europe. It's an early bloomer that appears in springtime each year, showing off deep purple petals and a yellow fringe on its dainty white lower lip.

The shape of this orchid has given it the nickname "Fairy Slipper," and its dazzling look is coupled with a sweet vanilla-esque perfume.

Altogether, this makes for an irresistible lure that beckons to newly emerging bumblebees! Attracted by the flower's smell and color, queen bees on their first flights of the year make their way to the calypso orchid in search of sweet rewards.

When they arrive, however, they're in some disappointing surprises: there's no nectar and the waxy pollen structures that stick to the bee are no use to it at all.

After checking in at a few more flowers, the bees soon wise up to the calypso for the trickster that it is, and fly off in search of more rewarding floral hosts. However, by this point, they've managed to unwittingly do exactly what the orchid had hoped.

Since each orchid can produce up to 16,000 seeds, even a small number of successful pollinations means that there will be plenty of purple blooms the next spring, ready to attract a whole new set of unsuspecting bumblebees.

Scientists call this process "pollination by deception," and almost one third of all orchid species make use of it. It's a pretty crafty way to reproduce.