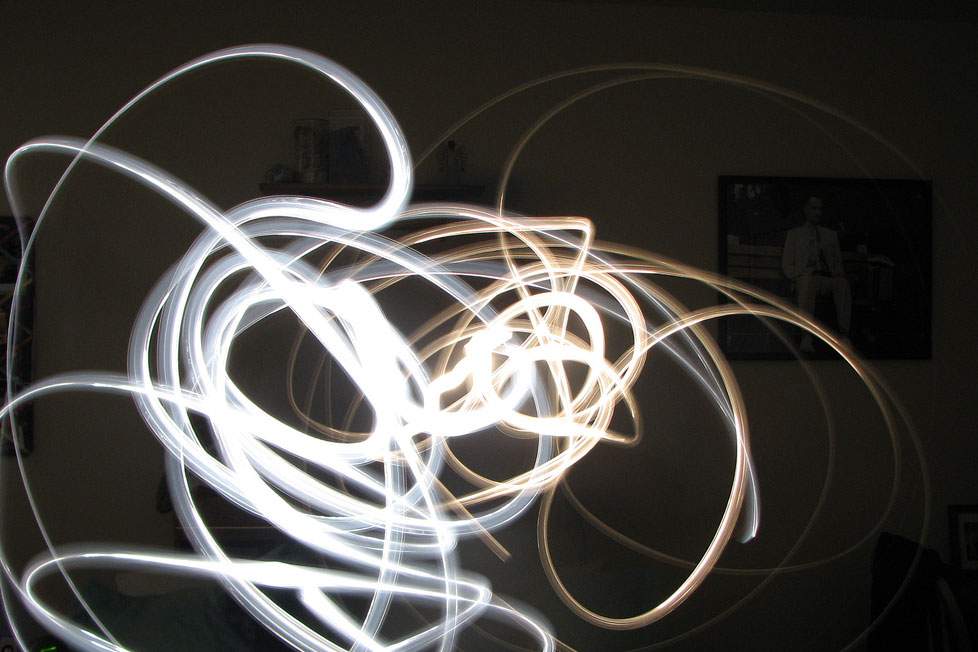 How fast does light travel? What could you do to find out?

One natural thing to try is to have someone send some light your way and see how long it takes to reach you. How about if you got a friend to shine a flashlight at you from a distant hill, exactly at midnight? With your stopwatch you start counting the seconds until you see the light.

Galileo actually tried this kind of experiment, but without much success. Light goes much too fast to be timed in that way. Your tests would give you the same impression he got that light moves infinitely fast, reaching your eye the same instant the flashlight is clicked on. This is, in fact, what people believed for a long time: that light moved infinitely fast.

Then, in 1676, a Danish astronomer named Ole Roemer saw something interesting in the sky. He was watching the moons of Jupiter go around something fairly easy to see even with a primitive telescope. He started marking down the exact times when one moon went behind Jupiter and when it came back into view again.

To his amazement he found that these eclipses occurred later and later as the year went on. Can you guess why?

Roemer correctly concluded that Jupiter's orbit took it farther away from the earth at some parts of the year. Because it took time for light to travel from the moons to Roemer's telescope, the farther away they were, the later the eclipses seemed to be taking place! Roemer's observations were among the first to demonstrate that light does indeed take time to travel.