A Butterfly On The Brink Of Extinction 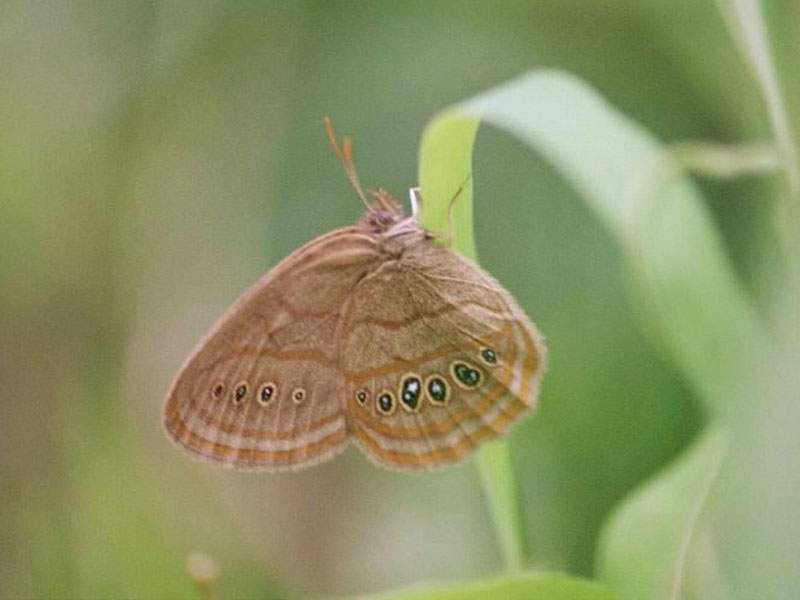 Mitchell's Satyr is a medium-sized butterfly with a rich brown color and distinctive orange-ringed circular eyespots on its wings. They live in a type of wetland called a fen, that receives ground water rich in carbonates from seeps and springs.

Fens support lots of wildflowers, whose nectar is food for butterflies. The lime green caterpillar spends a whole summer eating and growing, and then hibernates through the winter. The next spring it makes a chrysalis and emerges as a butterfly. The adults mate, the females lay eggs, and then they die in about two weeks.

The butterfly used to be found in Indiana, across several neighboring states, including Ohio and Michigan, and over in New Jersey and some Mid-Atlantic states.

Mitchell's Satyr is an endangered species on the brink of extinction, and is one of the world's rarest butterflies. In recent decades, there have been only a few sightings in Indiana and Michigan.

One of the main causes of the butterfly's decline is the destruction of its habitat by humans. The fen wetlands it depends on have been drained and filled in for urban and agricultural development, or contaminated by pesticides, fertilizer, and nutrient runoff from agriculture. There are so few of the butterflies left that even butterfly collectors are a threat to them.

The U.S. Fish and Wildlife Service is working to protect its remaining habitat and researchers are working to better understand how to preserve it.