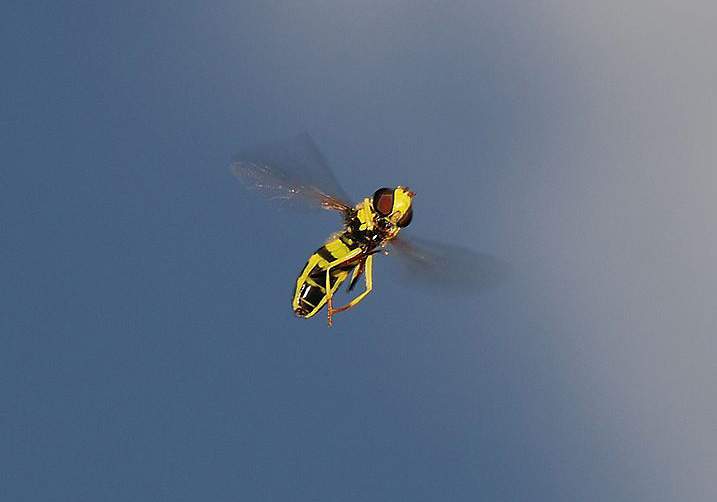 While the Wright brothers' solution to the problem of heavier-than-air flight has been around since 1903, understanding and reproducing insect flight still poses great challenges for science today.

The Challenge Of Insect Flight

The forces involved in insect flight are different in complex ways from those involved in large human flying machines like airplanes and helicopters.Â Designs that work for larger fliers canâ€˜t just be scaled down. Rotary electric motors, for example, donâ€˜t work well in this size range due to the way that magnetic forces scale with size.

What is more, insects are able perform incredibly sophisticated aerodynamic feats like avoiding fly swatters or landing on flowers while buffeted by the wind.

One way scientists have tried to understand insect flight is by trying to mimic it with robots.Â Recently, a team of investigators led by Dr. Kevin Ma of the Harvard University School of Engineering has succeeded in creating a miniaturized robotic flier patterned after a fly.

Ma and his collaborators copied flies, using two flapping wings that flapped at a rate of 120 cycles per second.

Electricity can be used to produce movement when it flows through the proper materials. The researchers used this effect to produce ceramic "wing muscles" for their robot. Whole new manufacturing techniques had to be devised to fabricate the mechanical parts.

In spite of this recent success, scientists are still far from matching the many sophisticated abilities of real flies.

One basic limitation is that current technology canâ€˜t provide robot flies with a sufficiently compact power supply for prolonged flight, and power must be supplied by a tether.

Another difference is that real flies have light sensors called ocelli to measure their orientation, and torque sensors called halteres to measure turning rate. For the robot, these measurements have to be made by external tracking cameras.

Nevertheless, robotic flies are allowing the Wright brothersâ€˜ successors to take an important step into a new domain of flight.