The British Are Coming! A Story About Plant-Pathogen Relationships 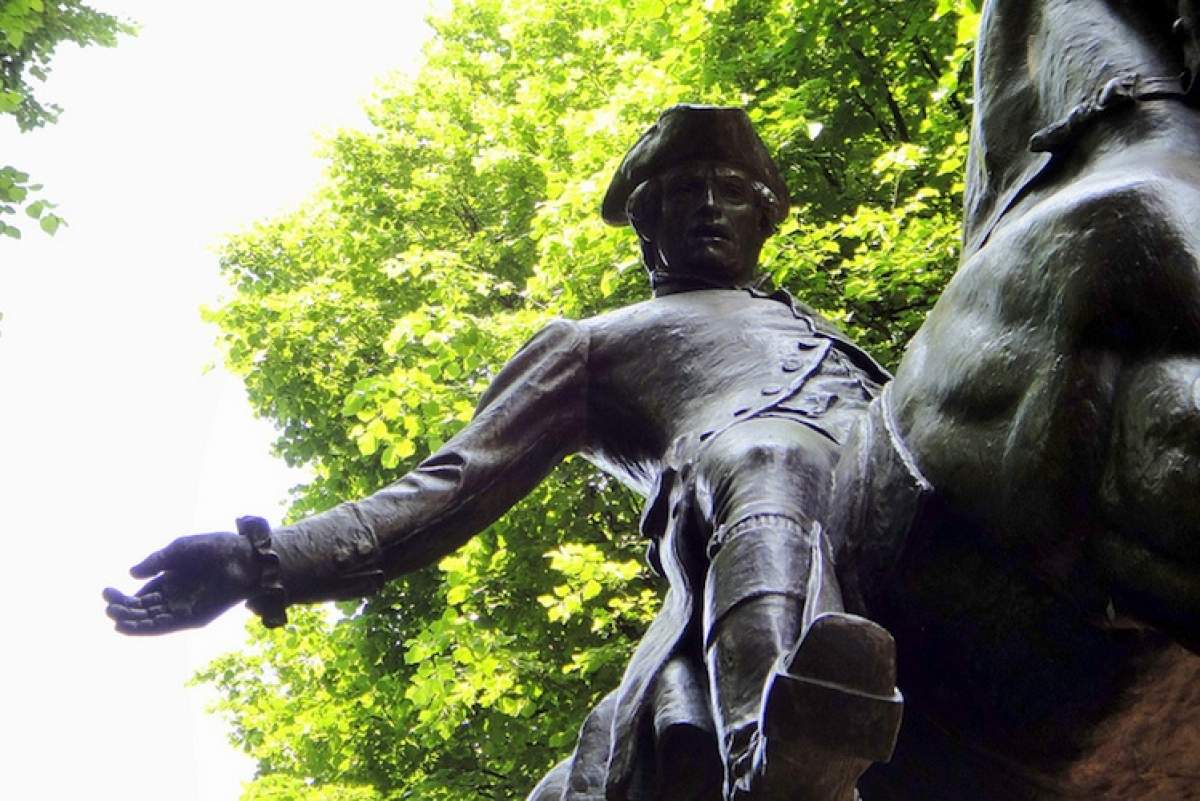 Communication with your comrades is key when you're trying to defend a territory. Just think about Paul Revere's warning to the colonists. According to plant biologists, there is also an important sort of communication that comes into play when plants defend against invading pathogens.

Let's imagine a plant-pathogen battle and look at how it unfolds.

First, an enemy pathogen attaches to a small opening in a leaf and injects EP1, a pathogen protein. When injected alone, however, EP1 cannot get past the alarm system of the plant. RIPK the "Paul Revere" protein in the plant warns the host plant of an intruder. The British are coming!

Next, another plant protein, RMP1, senses RIPK's warning and instructs the cell to self-destruct in order to prevent spread of the pathogen to the rest of the plant.

One way for pathogens can get around the warning system is to inject two slightly different proteins EP1 and EP2 into the host cell at the same time. EP2 cuts RIPK in half, which means RMP1 never gets the signal to self-destruct the cell. What results is a successful invasion.

But scientists are coming up with artificial means to combat EP2 as well. This can be done by adding several types of RPM1-like proteins to a host cell so that when RIPK is cut by EP2, there will be a back-up alarm system.

Plants that have been engineered to have extra RIPK are created with a combination of both traditional breeding techniques and genetic engineering. Given the similarities between plant defenses and the human immune system, we too may enjoy better health thanks to these efforts.