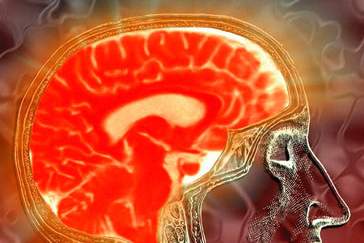 Traumatic brain injuries (TBIs) are complex injuries with many symptoms. This often makes them difficult to identify. A TBI can affect all aspects of an individual's life. Unlike a broken limb or other injury below the neck, a TBI can affect one's personality and mental abilities for life.

TBIs can be put in two categories, mild or severe. If loss of consciousness or confusion at the time of injury is shorter than 30 minutes, the injury may be classified as mild. Someone who suffers a mild TBI may experience continuing symptoms like headaches, difficulty thinking, memory problems, and mood swings.

Indicators of a severe TBI are loss of consciousness longer than 30 minutes and memory loss after the injury. Effects range from impaired cognitive function to a comatose state. Survivors may have limited speech or use of limbs.

About 80,000 people a year suffer a TBI in the United States. The brain physically recovers from a TBI one to two years after the injury. But it may not heal in the same way. People who suffer a severe TBI often lose their independence and are overlooked by the medical community once the brain has physically healed.

Targeted electrical impulses, called deep brain stimulation (DBS), to the brain have the potential to significantly improve cognitive function for those who suffer from traumatic brain injury (TBI).

What is a Deep Brain Stimulator?

A Deep Brain Stimulator operates similarly to a pacemaker. Its three parts are the lead (electrode), extension, and the pulse generator.

DBS is FDA-approved in the United States for a variety of brain disorders that affect movement, including Parkinson's disease, essential tremor and dystonia, epilepsy, and limited use for obsessive compulsive disorder.

Treatment for other brain disorders like general anxiety disorder, depression, and post traumatic stress disorder are being evaluated.

There is even evidence that DPS can improve regular memory. In a Penn State study, epilepsy patients, who were already assigned to receive deep brain stimulators, took a word-recall memory test. The average score improved by 15 percent with DPS.

Memory treatment would initially be reserved for veterans and service members once it is approved by the FDA.