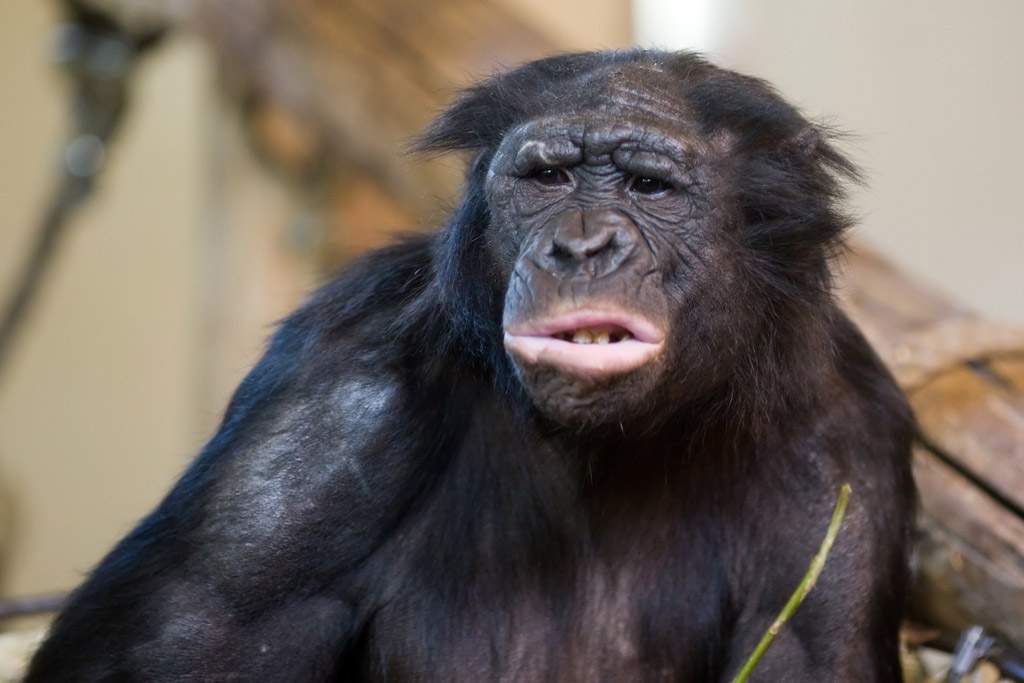 Scientists are studying how the aging process evolved in humans by studying our closest living relatives, the great apes. For example, they know that female humans and chimpanzees have their last offspring at about the same age.

Another part of aging is a decline in eyesight. As humans get older, the lenses of our eyes get stiffer. The muscles that change the shape of the lens for focusing get weaker. Then people lose the ability to focus on nearby objects and need to get reading glasses.

Farsightedness In The Wild

In 2016, an international team of primatologists published a study of farsightedness (hyperopia) in one of our closest ape relatives: the bonobo. They studied a colony of wild bonobos in Congo.

Instead of training the apes to respond to a conventional eye test, the scientists found another way to gauge how well the apes were seeing. Bonobos groom one another as a social activity. They carefully examine the fur of their partner in order to spot and remove parasites, insects, and dirt.

The distance the bonobo holds its eye from its partner's fur is a measure of how good its close vision is. The scientists photographed fourteen bonobos, whose ages they knew, while they were grooming.

By measuring the photos, they found that young bonobos, under thirty years old, held their eyes about four inches from their partner's fur, but by age forty the distance increased to eight inches and, by forty-five, to sixteen inches. At least from this study, it appears that eyesight degradation in bonobos happens at similar rates as it does in humans.