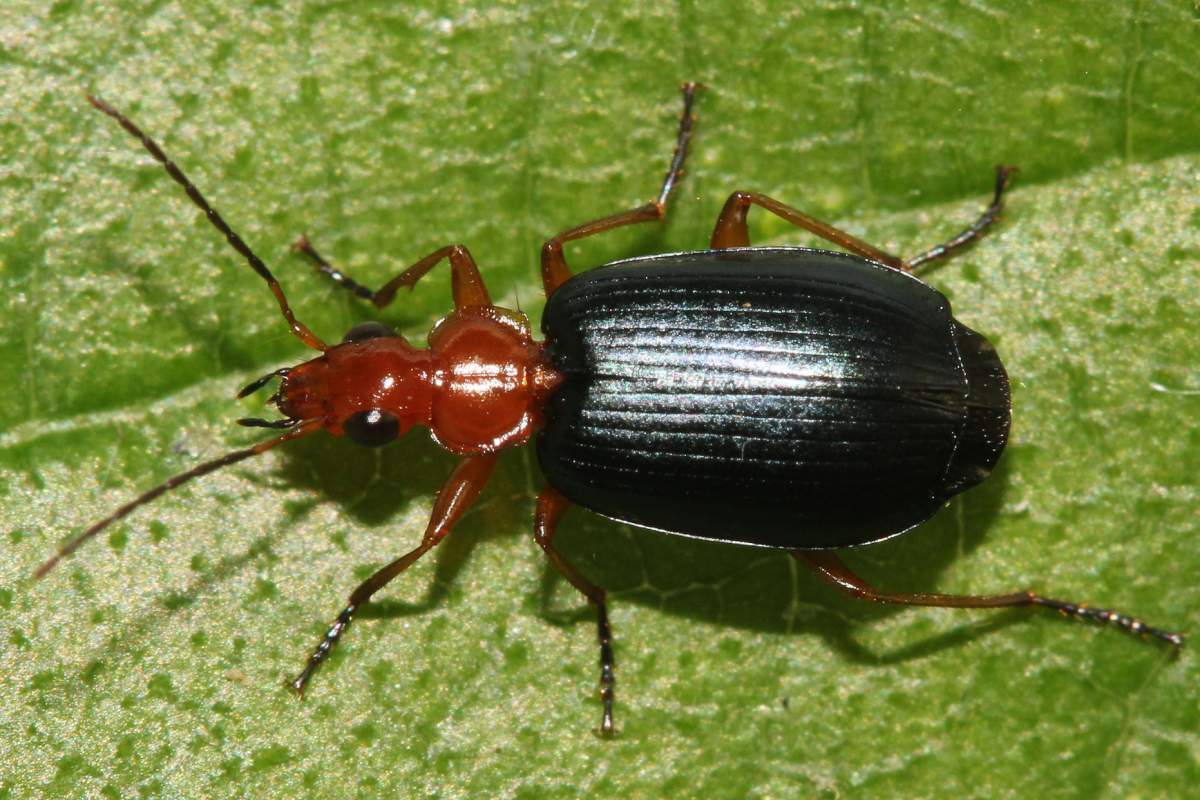 The bombardier beetle is an African species, but it can be found on most other continents, too.

Though it may look harmless, but when threatened, the Bombardier fires a rapid spray of boiling hot, toxic chemicals that can kill an insect attacker. The release of the chemicals makes an explosive popping sound, like a tiny bomb detonating. These beetles are great marksmen, too. The chemicals are released from its abdomen, which it can rotate to adjust its aim. There is no part of the beetle's body that a predator can safely attack.

The toxicity and heat are not constant inside the beetle, but are produced by a binary chemical reaction. This means that the toxic spray is a combination of two main chemicals that are relatively harmless on their own. They're stored in separate compartments in the beetle's body until it needs them.

Then they're both released into a different compartment called the reaction chamber, where the chemicals are mixed together with enzymes. Heat accumulates, but the chamber wall is thick so as to not allow the heat to transfer into the insect's body. Pressure accumulates too, and so the mixture quickly explodes out of the chamber.

Though the toxin can be deadly to some insects, it's a relatively small amount compared to the size of the beetle.