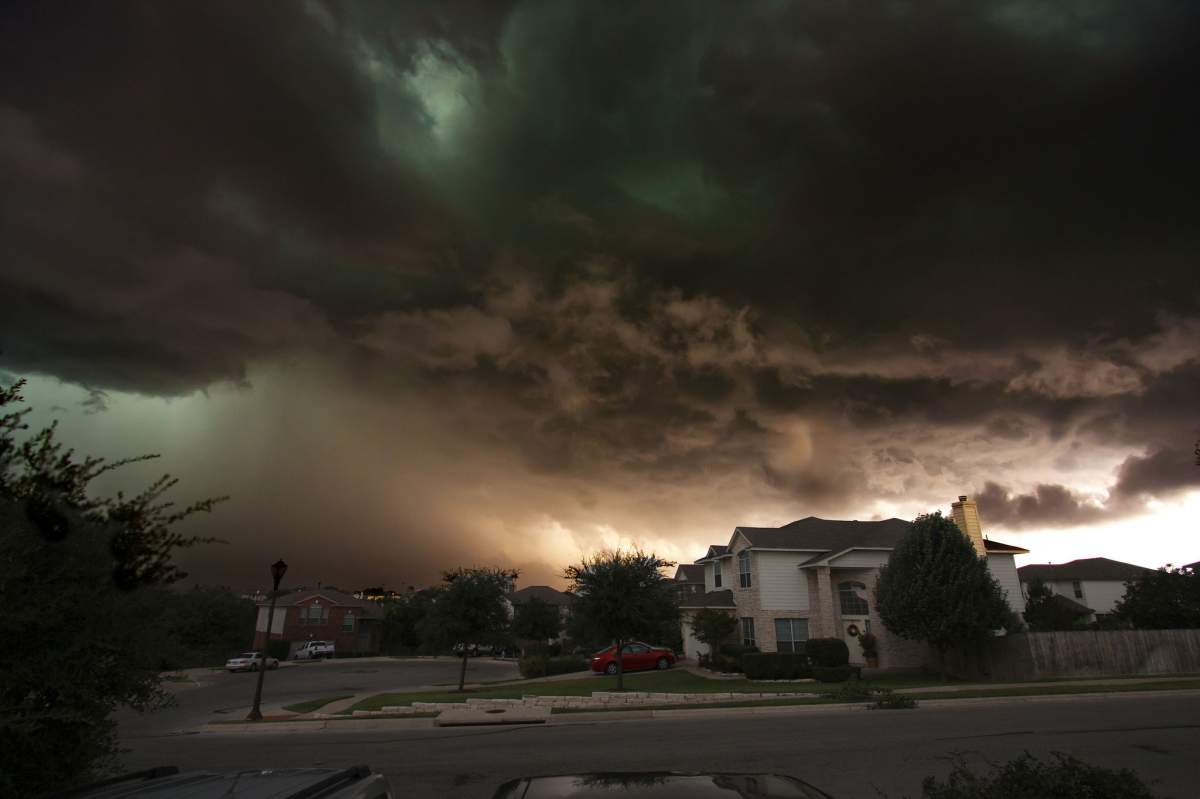 You may be surprised to hear that it's actually easier to boil water on stormy days than it is when the weather is clear and sunny. Can you guess why?

The boiling point of water changes slightly in response to air pressure. High air pressure, found on sunny, clear days, means just what it sounds like: crowded air molecules are pressing down on the water in the pot. Just like they press on the stove, the floor and on you.

This causes the water molecules to be squeezed more tightly together. And that means steam bubbles trying to form at the bottom of the pot have a harder job pressing outward. It's somewhat like trying to stretch your arms in a crowded room: the more crowded it is, the harder it will be for you to stretch without being bumped back again by someone else.

On stormy days, the air pressure is relatively low. You've probably heard the weather person refer to a "low pressure system" moving in just before it rains. When there is low air pressure the water in your pot is not compressed as much by the air around it. Because it's easier to displace that water, the bubbles of steam form more easily at the bottom of the pot. Voila! Boiling begins.

There is a catch, however. Although the boiling point of water--212 degrees Fahrenheit--is reduced on stormy days, and thus water boils faster, the temperature of that boiling water is also lower. That means it will actually take longer to cook things. An effect that more than counters the ten seconds or so you save in waiting for the boil.