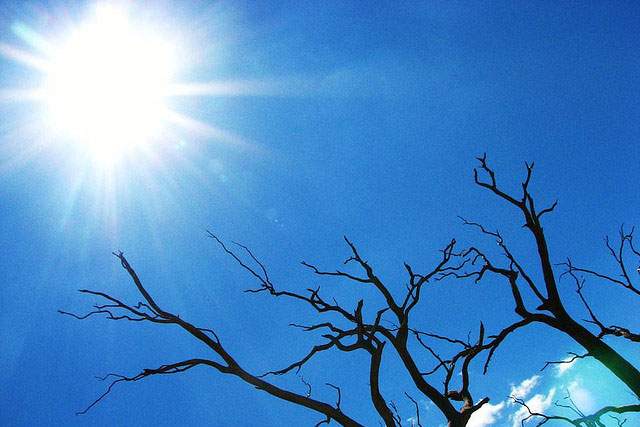 Have you ever been staring into space, or gazing up at a clear, blue sky and suddenly noticed clusters of tiny dots and swirls? Move your eyes and they move as well, seeming to float directly in front of your face. Are you really seeing something, or is it an illusion?

What you see is real, and has to do with the inner workings of the eye. In the back of our eyes is a layer called the retina, which enables us to see. Like most body parts, the retina requires nutrients in the form of blood. Tiny blood vessels lying on top of the retina provide sustenance, but also cast a shadow on the retina.

A bright light shining into your eye from an angle sometimes makes the shadow of the retinal vessels visible, but normally the brain ignores this shadow, allowing us to see clearly.

But the blood vessels are not empty, of course: they carry red and white blood cells. Red blood cells are relatively opaque, and therefore contribute to the shadow cast by the blood vessels. White blood cells, however, are transparent to light, and do not simply blend into the shadow. This means that under the right conditions they are visible, and will sometimes appear against a white or light-blue background such as the sky.

Because white blood cells are so small, they can be difficult to see. But the next time you gaze up on a cloudless day and do see a cluster of tiny dots, you'll know that you're watching white blood cells in action.