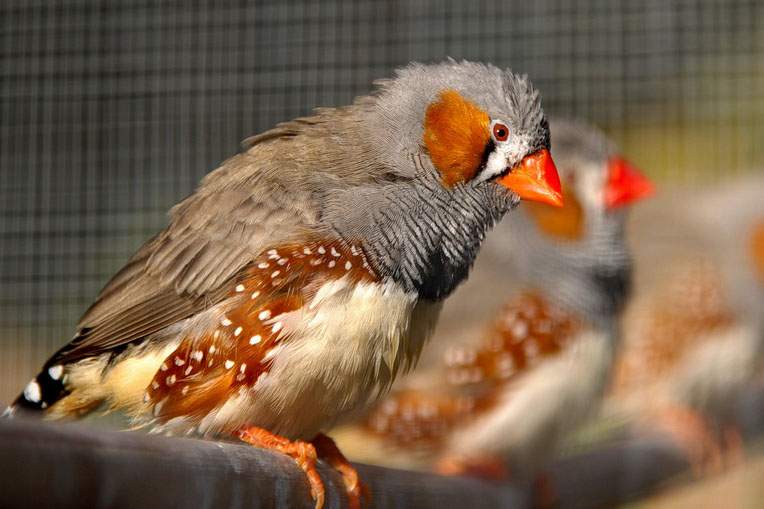 Parents take on so many different roles to prepare for the birth of their children, and birds are no exception. We now know that birds communicate about high temperatures in the surrounding climate to their chicks before they hatch.

And of course, they communicate through song. But this is an unusual kind of birdsong called an incubation call. Mylene Mariette and Katherine Buchanan, two ornithologists from Australia discovered this curious behavior in zebra finches.

The scientists noticed zebra finches in an outside aviary produced special calls to their eggs when it was hot outside. Their tune is different from their normal song repertoire, with a high-pitched frequency and fast rhythm.

Mylene and Buchanan studied about 120 finches and found the birds only produced these special incubation calls within 5 days of their eggs' hatching and when the temperature rose above 78 degrees Fahrenheit.

So, why would zebra finches do this? Does it have any effect on the hatchlings?

The scientists found that birds who heard incubation calls while still in the egg grew at slower rates after hatching when it was hot. The underlying biology is uncertain, but it's been observed that female birds who grew up in hot nests and follow this growth pattern usually have more productive nesting cycles.

Ornithologists hypothesize that one benefit of slower growth rates for smaller birds is that they expend heat more quickly, so they can manage living in these conditions. Though, scientists are sure to point out that these incubation practices wouldn't prepare birds for rapid, drastic changes brought on by shifting climates.

Thank you to Katherine Buchanan of Deakin University, Australia for reviewing this episode's script.