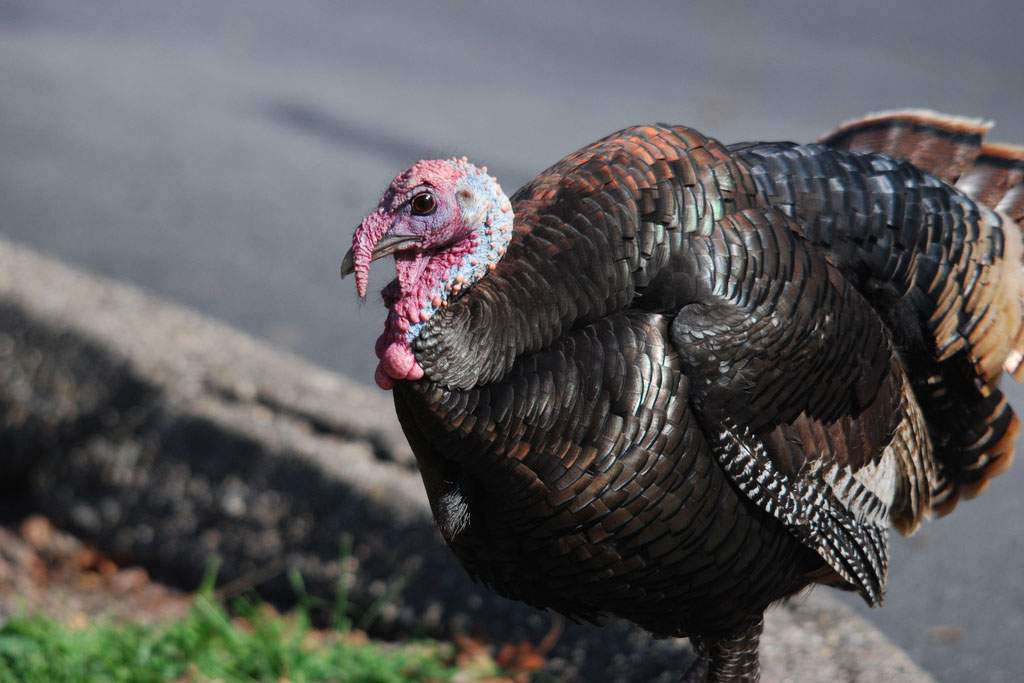 Mating season for turkeys is typically triggered with increased day length in springtime and the hormonal changes that take place as a result.

Finding mates in the turkey community is hardly romantic. Turkeys are polygamous and there is a clear pecking order.

Turkeys are flock animals. But when mating season begins, the flock usually splits into smaller groups.

A UC Berkeley study shows that wild male turkeys operate using cooperative courtship between dominant and subordinate males. These males are usually genetically connected as full or half brothers.

When the male turkeys spot a female, both the dominant and subordinate turkeys go through the typical rituals to attract her. This includes fanning their feathers and dragging their wings. But the dominant turkey will strut and make noise to entice the female while his brother, the subordinate, acts as a support by keeping the area clear of competition.

This also gives the female a better impression of the genetics behind her potential mate.

This practice is not merely altruistic for the subordinate brother. The UC Berkeley study suggests that for a smaller male turkey, the best way to ensure his own genetics pass on to the next generation of turkeys is by supporting the courtships of his dominant brother.

The study found that a dominant male operating in a team produced on average, seven offspring throughout a mating season. A lone male turkey in the study produced less than one.

Not Just for Turkeys

Other animals practice various types of cooperative courtship. Pairs of lance-tailed manakins, a bird found in Central and South America, perform a complicated dance together when a female approaches. Once she expresses interest, the socially submissive bird bows out.

Certain bats in New Zealand forests also perform types of cooperative courtship. The bats stake out small hollows in trees and sing in the night to attract females. Some bats inhabit a space and sing alone. But others share a roost and take turns singing and using the roost throughout the night.

Sharing a roost means it is continuously inhabited, keeping the territory secure for those sharing the space.