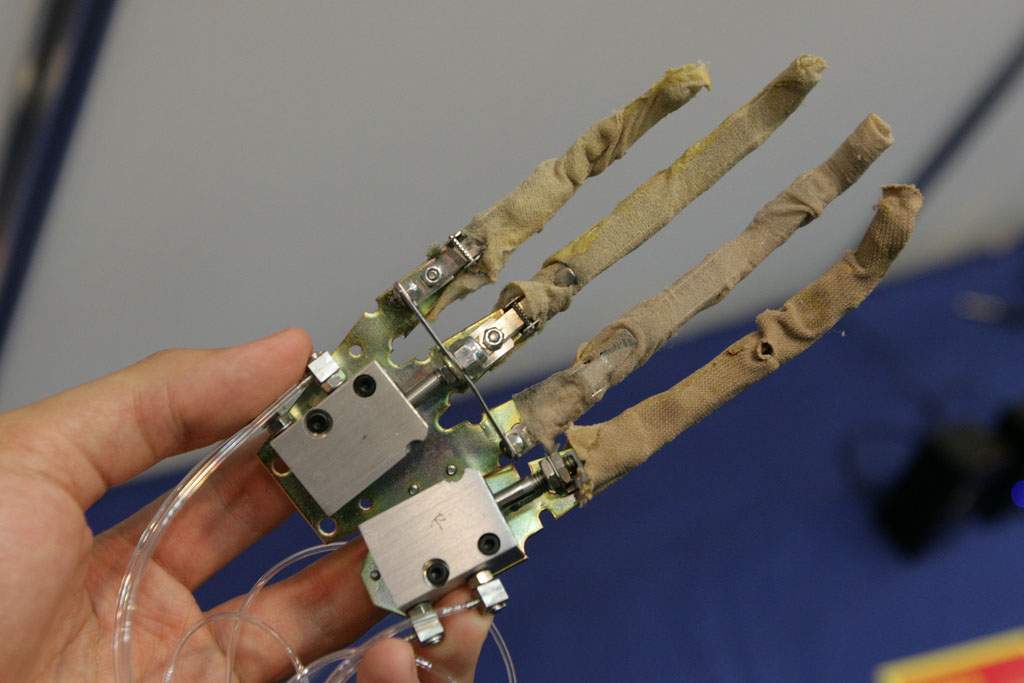 What if I told you there are robots out there with real biological muscles? It might sound like a joke, but I'm not kidding around.

Research about this was published by three Japanese researchers in 2018. They grew sheets of muscle tissue from myoblast cells taken from newborn rats.

They muscle sheets were grown on a skeletal framework. The framework formed a robotic finger that could move back and forth when researchers stimulated the muscle tissue with an electrode.

It's okay to be a little skeptical about this: wouldn't lab-grown muscles deteriorate quickly in an artificial environment?

In previous studies, muscles shrunk and deteriorated after repeated contractions. But, this new study found a solution to the problem. They grew two sheets of muscle on a framework arranged so that they pulled in opposition to one another whenever they contracted, just like muscles do in the body.

The Biomechanics Of Muscles

The researchers found that the opposing forces acting on the muscles prevented them from shrinking and deteriorating. They were able to function for more than a week, and make much larger contractile movements than in previous experiments.

The next step is to combine more of these muscles into a single device so that they can reproduce the complex muscular interplay that allows arms, legs, and hands to function. And I can see the advantages. A biological robot would make smooth, flexible movements.

For now, the researchers want to use their robot limbs to understand the biomechanics of muscles and natural limbs better. There's no better way to understand something than by trying to reproduce it. However, full-fledged biohybrid robots with completely new abilities remain the long-term target--an ambitious but credible goal.