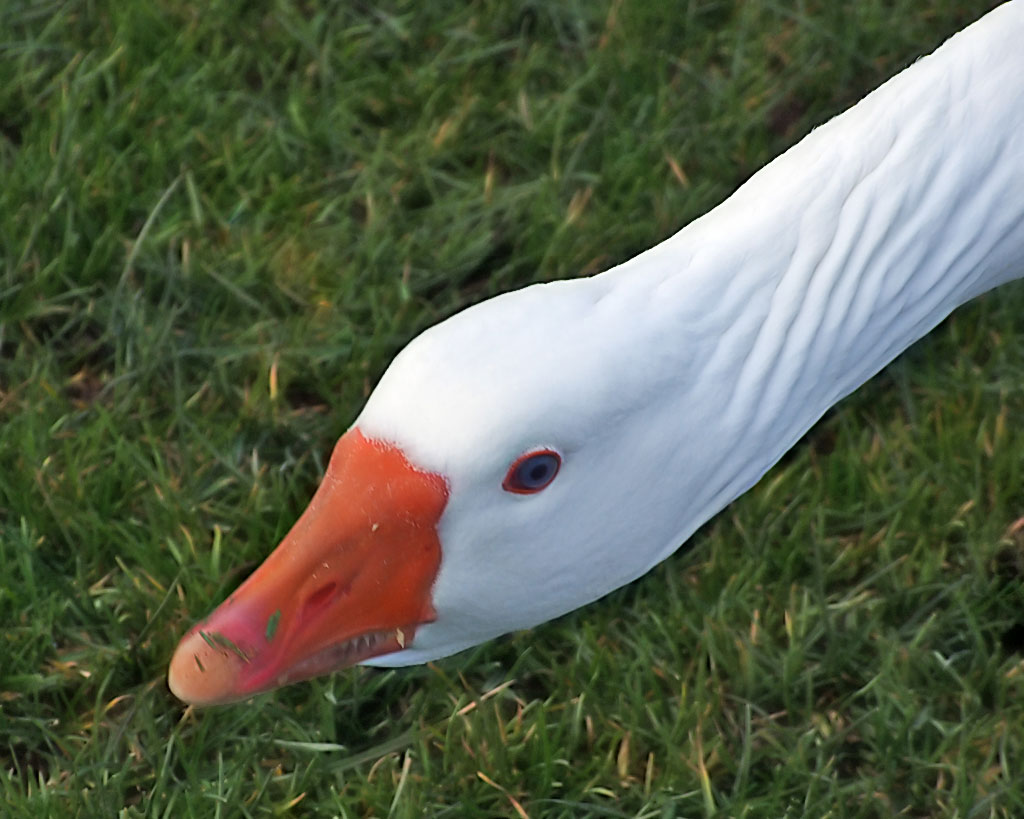 Do birds have teeth?

Sure, you can laugh, but what's the answer? No? Maybe? Have you ever looked?

In fact, the correct answer is: not any more.

Some modern day birds have ridges or notches in their beaks that can function a little bit like teeth, but they don't actually count as teeth.

The idea of a toothy bird is not so ridiculous as it seems. In fact, if you lived about 100 million years ago, toothy birds would be no laughing matter.

Surprisingly, the first true bird seems to have been closely related to the dinosaurs. It is called the Archaeopteryx and lived about 150 million years ago. Archaeopteryx was about the size of a modern day crow but had a full set of chompers.

After this character came on the scene birds began to grow bigger and bigger. A lot of these species had teeth. Big, shiny, pointy teeth. These were scary birds we're talking about here.

Some of these prehistoric fanged birds grew to be larger than the modern-day ostrich. One of them laid an egg more than a foot in length. Imagine being chased by a fanged ostrich. It's enough to make you stay in your own century.

Thankfully, no fanged birds exist today, and all modern birds are smaller than ostriches.